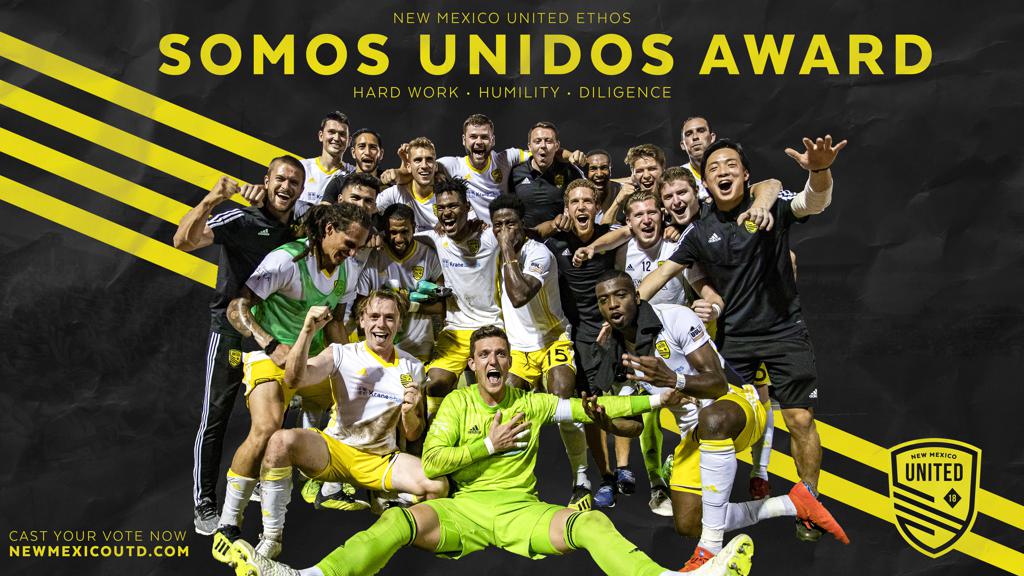 'Somos Unidos' has become more than just a rallying cry for New Mexico United and our fans. Somos Unidos means friends that have become family. An expanded community of support and unity. It transcends language barriers, distances, and differences.

At its core, Somos Unidos has become the heart and soul of our team and the largest part of our ethos:

the characteristic spirit of a culture, era, or community as manifested in its beliefs and aspirations.

This season, our players have had the opportunity to experience our home, our people and our culture. They have become family, just as much as the people who sit in the stands next to you, or the first person you invite to a watch party. For our players, embodying the spirit of Somos Unidos and understanding the incredible weight of responsibility they carry for their new family has been key.

As we end our inaugural season, we want to give you the chance to honor a player who has embodied the spirit of Somos Unidos, both on and off the pitch.  Below, you'll see a quote from each player, explaining what 'Somos Unidos' means to them.