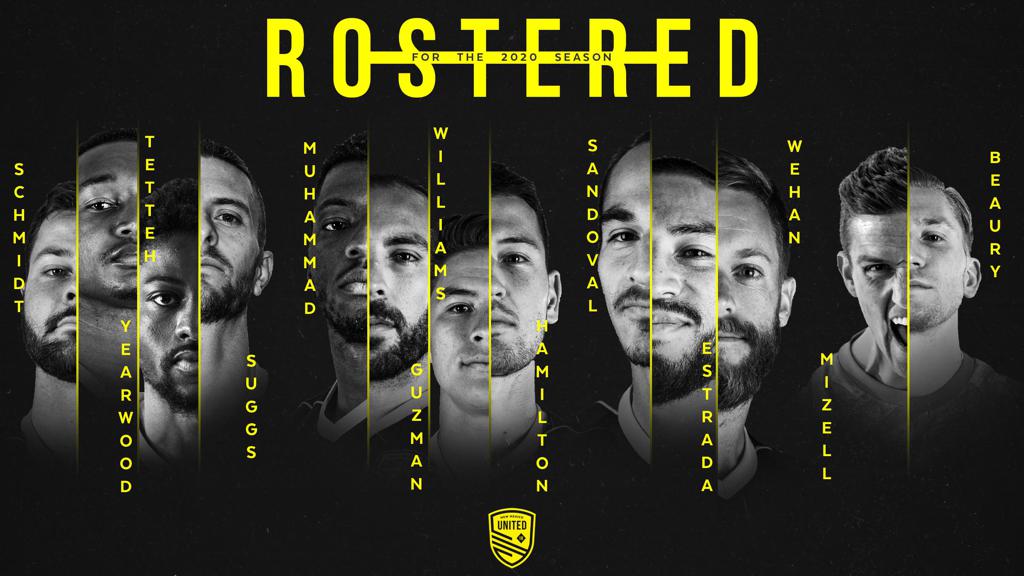 "I'm very pleased we will retain a strong core of our players from the first season, as it will allow tremendous continuity for us to build on for next season," said Head Coach and Technical Director Troy Lesesne.

"We will never have another first year and first team for New Mexico United. This group will always have a special place in our clubs history and I am so proud of each and every one of these players,” said New Mexico United Owner and CEO Peter Trevisani.

In addition to the thirteen returning players, five players who were on a 1-year contract are in talks with the team to discuss their return. Those players include Santi Moar, Manny Padilla, Daniel Bruce, Kevaughn Frater, and New Mexican and former Lobo Joshua Goss.

"We've had discussions with each of these players and will continue to explore the possibilities of them returning to the club,” said Lesesne.

Four players, including Ethen Sampson, Toni Soler, Kenny Akamatsu, and Tommy Madden will not be returning for the 2020 Season.

"We wish Ethen, Toni, Tommy, and Kenny, all the best in the future and thank each of them for all their service with the club both on and off the field," said Lesesne.

“While it is always tough to say goodbye, I am very excited that we have such a strong group of players returning and am excited for the 2020 season," said Trevisani.

"There will never be another first season for New Mexico United and I'm incredibly proud of the foundation we've set for this club in year one. The amount we've done both on and off the field the last 12 months has brought so much positivity, happiness, and love to our state,” said Lesesne. “We carried a tremendous responsibility to make sure our club reflected our community because this is the community's club. We know that the responsibility only increases, as we're determined to make 2020 an even greater season. Somos Unidos!"

New Mexico United, the state’s first professional soccer franchise, brings the most popular sport in the world home to the Land of Enchantment. Fueled by a passion for community, New Mexico United’s promise is to provide a platform that brings New Mexicans together for a unique sporting experience, celebrating the unity and excitement inherent in world-class soccer.  The New Mexico United inaugural season kicked off on March 9, 2019, at Isotopes Park.