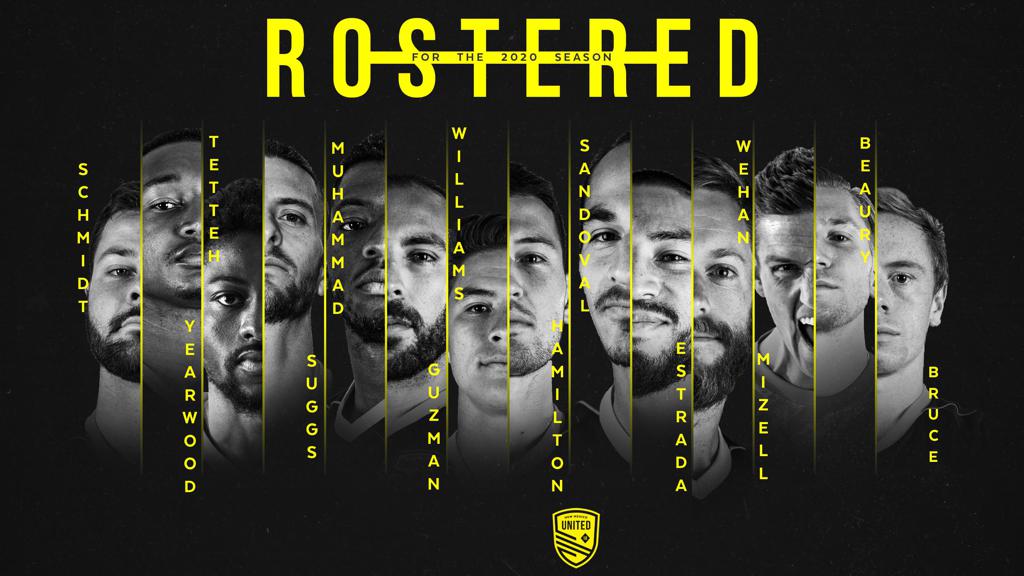 ALBUQUERQUE, NM (November 8, 2019) Earlier this month, New Mexico United announced that thirteen players from its inaugural season would be returning, having exercised their contract options. Today, after signing a new contract, the team announced that Daniel Bruce will be back with New Mexico United for the 2020 season, pending the United Soccer League (USL) and federation approval.

“We are excited to have Daniel back for the 2020 season after a great rookie season. He, like the other 13 players we have returning from our inaugural season, reflects the essence of our club and we look forward to more continuity as we continue to build our roster for next season,” said Head Coach Troy Lesesne.

In addition to the now fourteen returning players, four players who were on a 1-year contract are in talks with the team to discuss their return. Those players include Santi Moar, Manny Padilla, Kevaughn Frater, and New Mexican native and former Lobo Joshua Goss.

“Last season was incredible. To work alongside the teammates I had, and play in front of the best fans in the country was nothing short of a dream come true,” said Daniel Bruce. “I am so fortunate to be a part of the New Mexico United family for another season and have another chance of winning something for this incredible state to celebrate. From myself and the entire squad, thank you for a memorable 2019, here’s to an even better 2020. Somos Unidos!”

Daniel Bruce, midfielder, #25 hails from Warrington, England and spent his college career from 2014-2018 a the University of North Carolina at Charlotte. During his rookie professional year with New Mexico United, Bruce made 17 appearances, 5 starts, 2 goals, and 2 assists. Bruce also took home the USL Championship’s Goal of the Week award for his powerful, match-securing goal in Sacramento.

“As we look to build upon our 2019 season, it’s great to have Daniel Bruce back for a second season to help us finish what we started and bring a cup back to New Mexico,” said New Mexico United Majority Owner and CEO, Peter Trevisani.

For more information on Daniel Bruce, visit our Roster Page.