Learning to be United in New Mexico 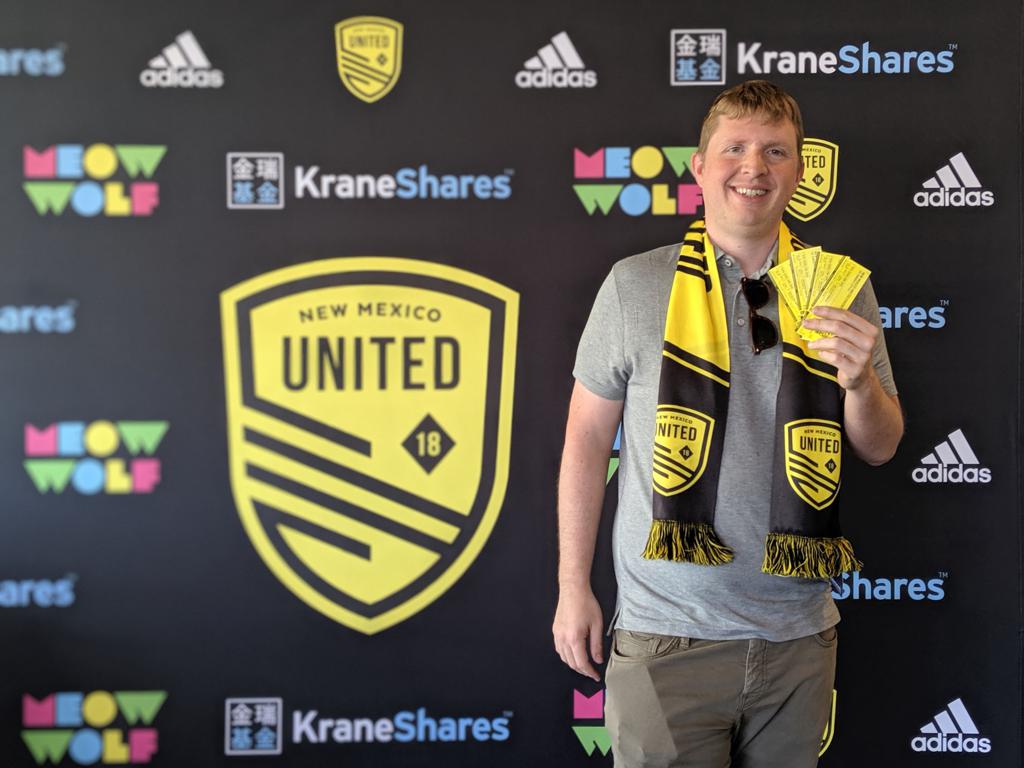 When I first heard the announcement about New Mexico United, my first thought was how this was going to be for our State’s economy. We would have a pro sports team that people could rally around and help put us on the map. Now that the inaugural season is over, I realized United was much more than that. It helped me integrate into New Mexico.

As someone that moved to Albuquerque for work, finding community has been challenging over the last couple of years. New Mexico United gave me much more than just an exciting sport to watch, it brought me happiness, community, and pride. When I started sporting the initiative late last year, I never thought it would bring me so much or turn me into a soccer-crazed fan. Most of my journey to becoming a United fan was documented on my Twitter account over the year. It started with learning how to embrace soccer by meeting players, fans, coaches and asking them how to get into the game and why does it matter. What I learned was that football clubs were not just about the sport; they were started as clubs to build unity. I love how Ron Patel puts it in this USL Championship documentary about New Mexico United’s historic first year. 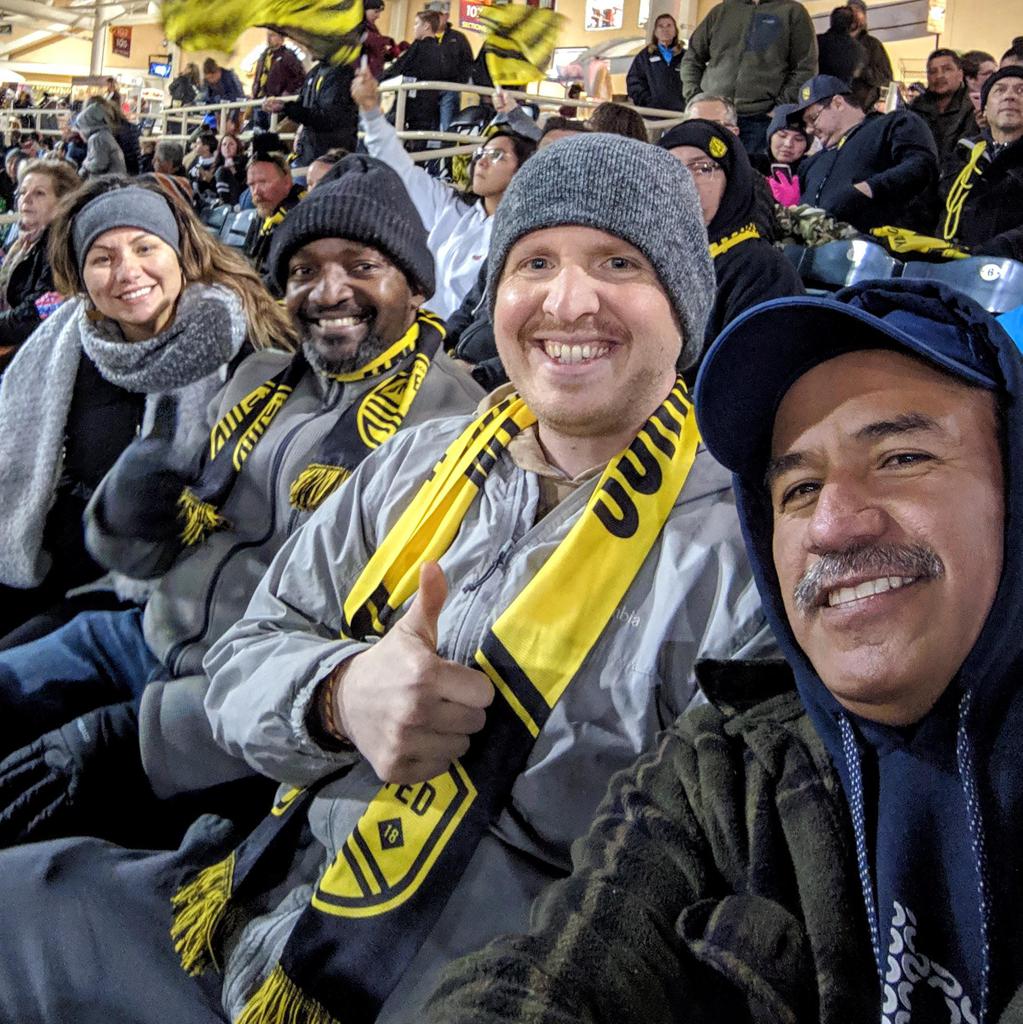 Once I started to understand the bigger meaning, I began introducing New Mexico United to a diverse array of people that met over the year. I started with a group of old-timers at an interfaith event which I circled back with at the end of the season to take them to their first game. They loved it! This team is for everyone.

Sold on the vision and mission of being United, the pride starting kicking in. I really started to feel pride once the brand was announced and even more when the club partnered to put Meow Wolf on the front of their jersey. They nailed it with the Meow Wolf kit. The club also brought a lot of pride initially with some symbolic wins, such as Devon Sandoval making the first goal beating Denver. A tune that would carry on over the year as we defeated Colorado’s university team, USL team, and MLS team. What made me feel excited was that both the players and staff set the tone that this movement was going to do all the cool stuff that made sense for New Mexicans both on and off the pitch.

In its first year, the club did so many things to embrace and honor New Mexico from starting a game at 5:05 on Cinco De Mayo, to flying in our first international team, to chartering a plane for their fans, to creating their own intensive training program to advance youth with their careers. This investment into us made us feel special, honored, unique, and respected. When we are compared constantly compared and seen through the lens of our regional neighbors including our brother and sisters in old Mexico.

The amount of pride, respect, and honor fans felt led to a community around New Mexico United, a community that wanted to represent their team and State. It was so cool to see New Mexicans put their creative talents to work to construct amazing tifos to earrings and traditional jewelry. Like so many other fans, I wanted to honor the team and movement in my own way. So as a tech guy, I decided to build my own gaming PC, with a New Mexico United theme. Then I ended up joining a local soccer team (after 25+ years of retirement), volunteering to play soccer with refugees, making friends from around the world and even meeting my twin in Minnesota.

Winning was a key to bridge the pride we felt to the community we built. For the first half of the season, all I heard around town was how New Mexico is the best team in the league in our rookie year. We were the underdogs yet beat our first MLS team and then our second. We went to the quarterfinals and stood as one of the top eight teams. Winning against Austin was personally one of the bigger games for me as so many people ask me why I moved from Austin to Albuquerque.

My passion rolled over to work as I found myself starting to present United as a point of cultural pride in my professional presentations. I talked so much about the team that my work pitched in and bought me the coolest New Mexico United cake for my birthday. 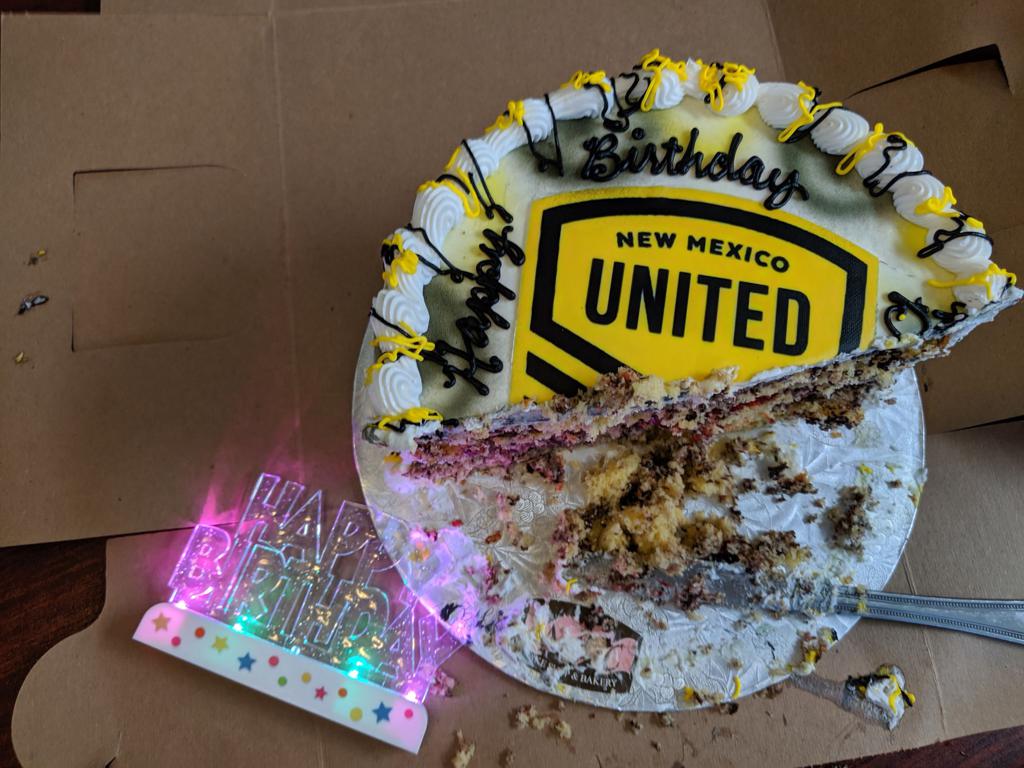 We, the fans, became ambassadors for not just the football club but the culture and people of New Mexico. This was interesting for me as a transplant to New Mexico since, at the time, I still didn’t feel like I was allowed to call myself New Mexican or from New Mexico. Then, I was one of the hundreds of fans that went to Minnesota and blew Minnesotans’ minds away with our love and classiness. It didn’t matter if you are a transplant like me or you grew up in New Mexico your whole life, we were all United, we were all New Mexican, we were all ambassadors of a culture. 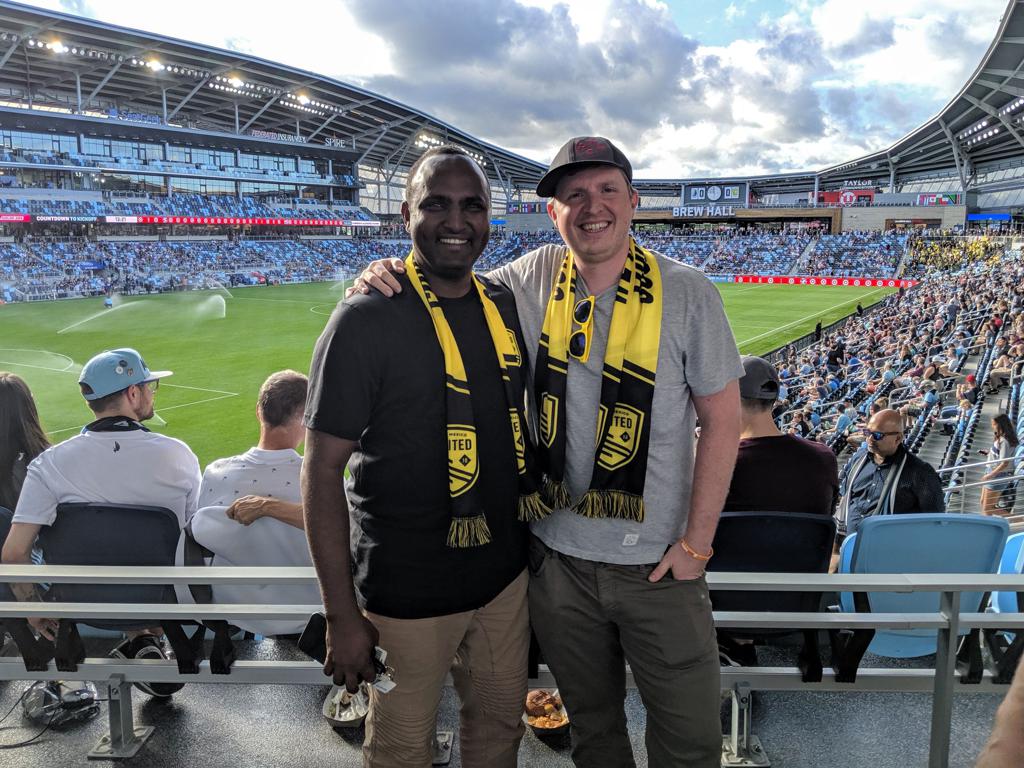 One day after a soccer game with The Curse, as I just sat on the field and stared at the red Sandias, it hit me that I feel at home in this enchanting land called New Mexico. More so than ever, I feel like I have a community. I love being United because, even though I wasn’t born here, they welcomed me and embraced me. So thank you United (all of you, fans, friends, players, staff) for helping me build a home here in New Mexico and learning to be United.

Learning How to Embrace Soccer Lesson 3 with @NewMexicoUTD - It is about bringing people together, all types of people. I got a sneak peek a while back of their new flag with every pueblo and city in #NewMexico on it.
45 days until game 1 #SomosUnidos #NMUnited #NMSoccer pic.twitter.com/2QMgn24mst