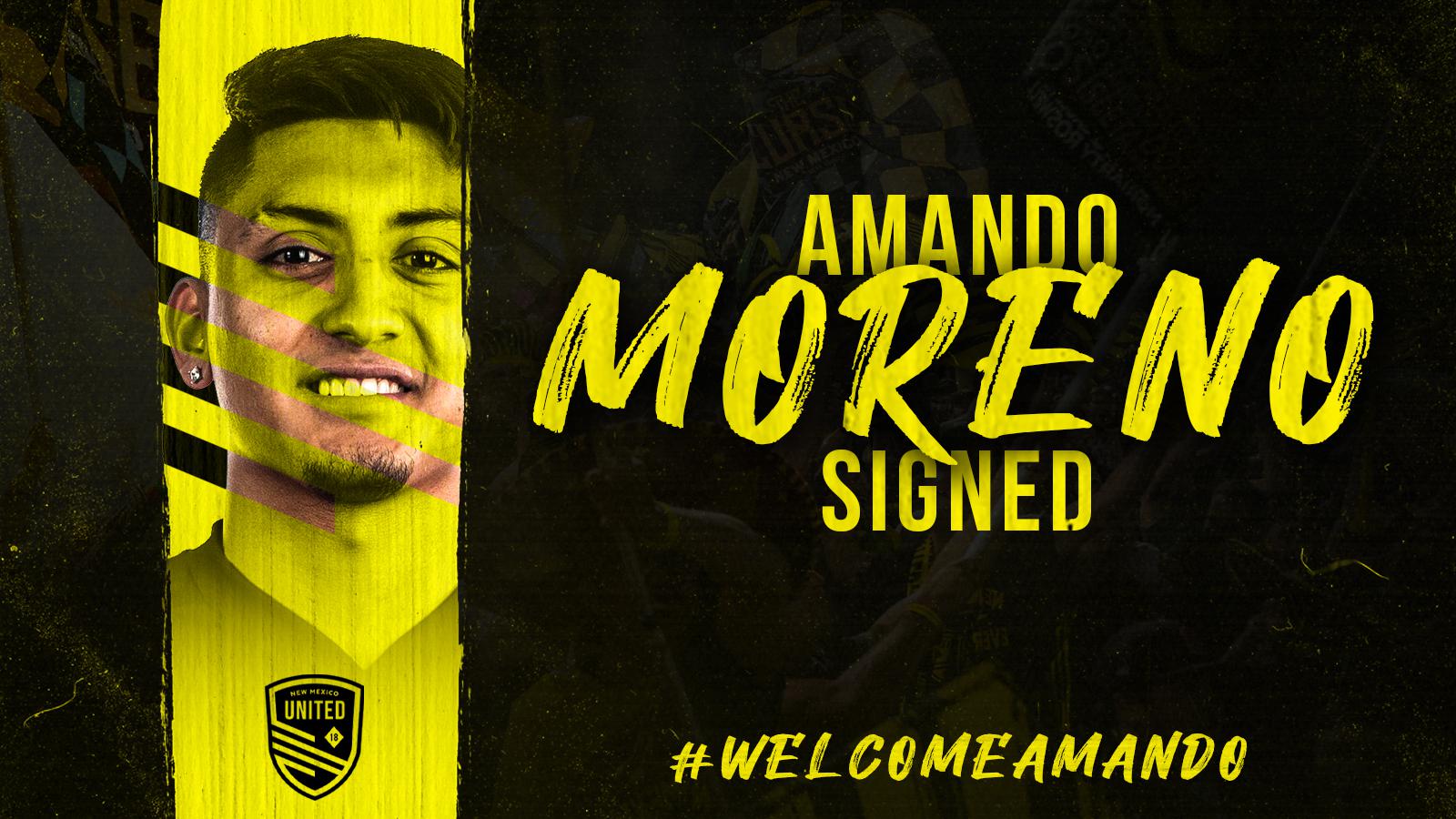 Originally hailing from Perth Amboy, New Jersey, Moreno began his career with the New York Red Bulls Academy, where he scored 33 goals from 2010-2012 while playing at the U-16 level. His play caught the attention of the U.S. Youth National Team program, where he made appearances at the U-18 level before being selected for the United States U-20 Men’s National Team squad to compete at the 2014 International National Teams Football Tournament in Marbella, Spain.

Moreno made his first professional Major League Soccer (MLS) appearance with the New York Red Bulls in March of 2013.

Following his season with the Red Bulls, Moreno spent time in Liga MX with Club Tijuana and later on loan to Dorados de Sinaloa in 2017, where he scored his first Copa MX goal. While competing for Tijuana, Moreno was selected in the United States Men’s National Team squad to face Puerto Rico in an international exhibition in May 2016.

Returning to the United States, Moreno really found his stride with NY Red Bulls II in 2018, with 30 appearances and 11 goals, making him the team’s leading goal scorer for that season. He was instrumental in helping the NY Red Bulls reach the USL Championship Eastern Conference finals.

“A proven commodity in the USL, Amando is going to provide goals and assists every year,” said Head Coach and Technical Director Troy Lesesne. “Not only is he a great fit for our system and style of play, the tenacity and determination Amando plays with reflects the identity of our club.”

After 11 appearances in the 2019 season with MLS side Chicago Fire following a trade with New York, Moreno is looking forward to new opportunities with New Mexico United.

Moreno will be available for media interviews in mid-January.