On Loan from Sligo Rovers, The Jamaican Forward will Join New Mexico United in the Upcoming Season 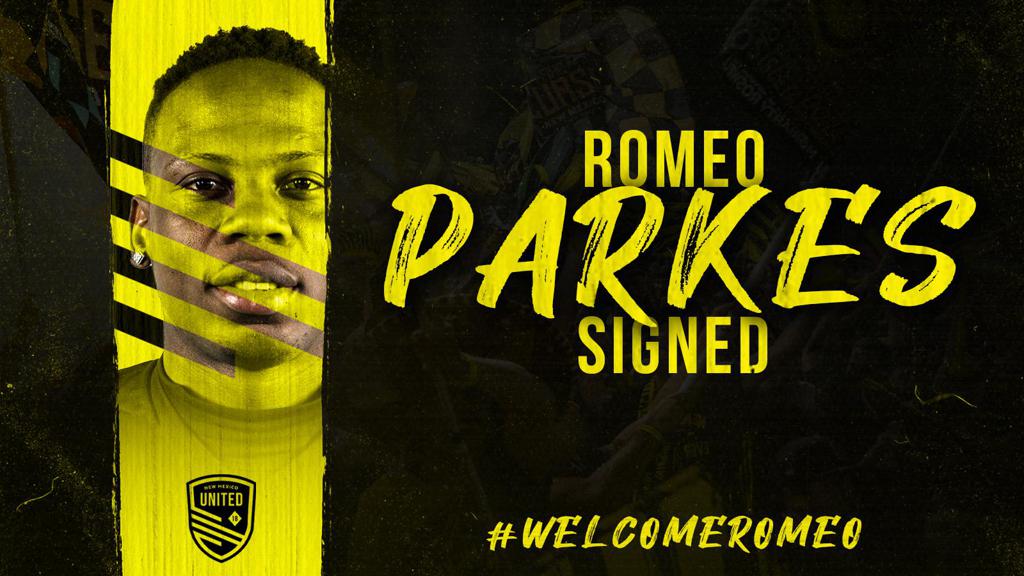 On Loan from Sligo Rovers, The Jamaican Forward will Join New Mexico United in the Upcoming Season

(January 3, 2020) ALBUQUERQUE, NM - New Mexico United announced their latest roster addition today, welcoming forward Romeo Parkes to the 2020 roster. Parkes is on loan from Sligo Rovers, a club in the Premier Division of the League of Ireland, where the talented forward saw 28 appearances and 11 goals last season - placing him in the top 4 goal scorers for the entire league.

Parkes will join a squad of 15 returning players from the 2019 season, along with two new signings, Kalen Ryden and Amando Moreno who were announced late last year.

“Romeo will add a different dimension to our club given his experience in the USL coupled with a successful 2019 season abroad with the Sligo Rovers,” said Head Coach Troy Lesesne. “He has pace, creativity on the dribble and can score goals in a variety of ways. I am looking forward to the impact he will bring to our team in 2020.”

Originally hailing from Port Maria, Jamaica, Parkes appeared on the U23 team for his home country in 2011, and continued on with the Reggae Boyz from 2012-2015, appearing during Copa America in 2015. Parkes has also played for several professional Jamaican teams, including Portmore United, Boys’ Town, and Tivoli Gardens, among others.

“I am deeply honoured and enthusiastic about joining this team,” said Romeo Parkes. “I am looking forward to a great season and meeting my new soccer family!”

Following his successes in Jamaica, Parkes played for Isidro Metapán, of the Salvadoran Primera División from 2014-2017 where he made a combined 97 appearances, scored 18 goals, and helped the team win the Apertura and Clausura in 2014. Parkes would go on to appear for USL Championship side Pittsburgh Riverhounds SC, where he saw a combined 56 appearances and scored 13 goals between 2016 and 2018.

For pictures and videos of Romeo, please click here.