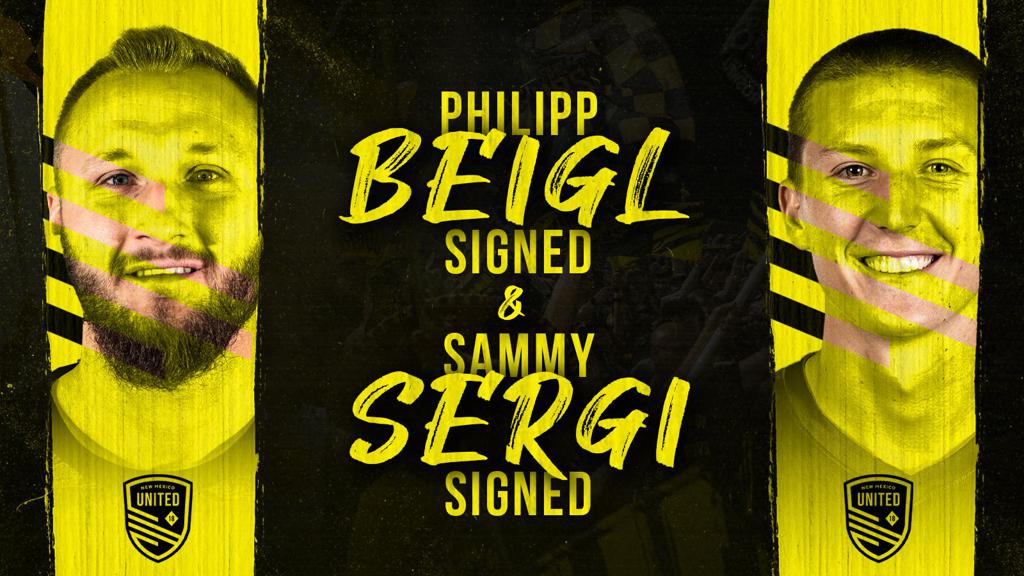 Prior 2020 roster announcements from New Mexico United included 15 returning players from the team’s inaugural season, plus the additions of defender Kalen Ryden, and forwards Amando Moreno & Romeo Parkes. More announcements are expected to be made in the coming weeks.

"Thank you to Mr. Trevisani, Coach Lesesne, and the staff for believing in me and for giving me an opportunity to pursue my dream at the next level,” said Samson Sergi. “I'm excited to play in front of the best fans in the country in pursuit of bringing a championship back to New Mexico."

Samson “Sammy” Sergi, Forward, is originally from Ashburn, Virginia. Sergi joins New Mexico United after a stellar collegiate career with Xavier University. Team captain in 2018, he saw a total of 67 appearances, with 51 starts, 29 goals, and 5 assists from 2015-2019. He is tied for 4th leading goal scorer in Xavier Soccer program history, and in 2019 Sergi led the Big East with 10 goals, was unanimously selected to All-Big East First Team, and was selected for the CoSIDA Academic-All American Second Team. Off the pitch, Sergi joined the Athletes in Action Leadership Team on a service trip to Puerto Rico in 2016.

“Sammy is an exciting young player that has a real instinct for scoring goals and creating opportunities for his teammates. His movement in the final third is very intelligent and he helps make the game more predictable for his teammates by being decisive with his runs,” said Head Coach Troy Lesesne. “From a mentality standpoint, Sammy is a fantastic fit with our culture and I'm looking forward to seeing him develop in his rookie season.”

“I am honored to become a part of the New Mexico United club,” said Philipp Beigl. “I am looking forward to a successful and rewarding season.”

Philipp Beigl, goalkeeper, originally hailing from Türkheim, Germany, appeared on the FC Memmingen Youth U15-19 roster from 2006-2010 before making 87 appearances for FC Memmingen from 2010-2016. FC Memmingen is a part of the Regionalliga Bayern league, which is the highest association football league in the Bavarian league system. From 2016-2018, Beigl made 57 appearances with TSV Landsberg of Bayernliga.

“We first evaluated Philipp at one of our trials in 2018 and he immediately stood out with his overall presence in goal,” said Head Coach Troy Lesesne, “He communicates well to his backline, has great shot-stopping ability, and is very confident playing with his feet out of the back. I'm happy to have Philipp joining our club and excited to see him push our goalkeeping core for 2020.”

The 2020 season for New Mexico United kicks off on the road. Fans can expect to be back in “The Lab” on March 21, 2020. Single-game tickets will go on sale tomorrow, January 17.