PUMA to Supply the State’s Premier Soccer Team with Training Gear, Kits and Merchandise for Fans 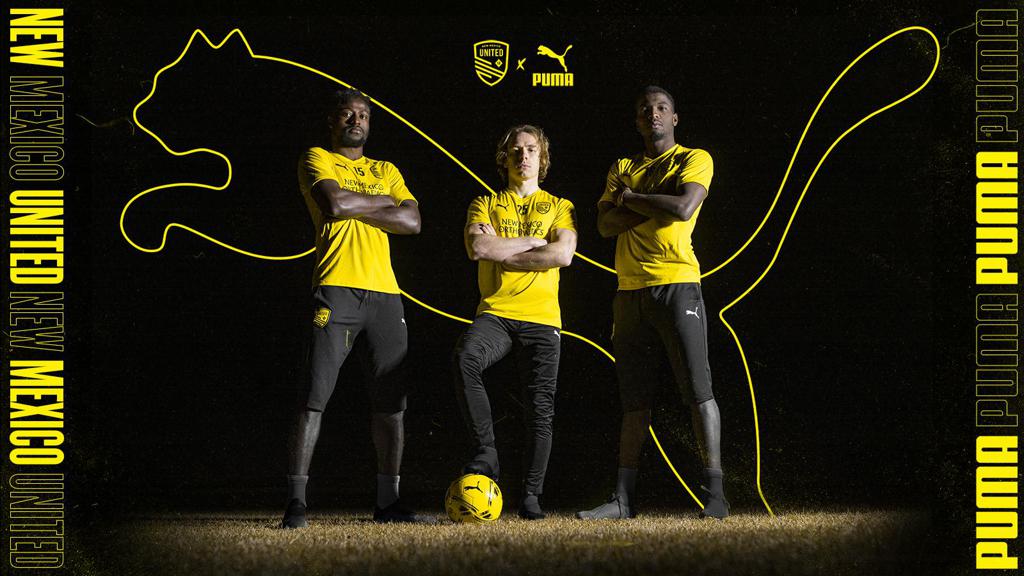 ALBUQUERQUE, NM (January 20, 2020)  New Mexico United announced this morning a new partnership with global sports brand PUMA. Although PUMA is partnered with many soccer teams, New Mexico United will be the first current American professional soccer team to partner with the dynamic brand.

"We are thrilled to be Puma's first current professional American soccer team and sit alongside global partners such as Manchester City FC and AC Milan.  As we move forward as a team we will continue to search for partners that are aligned with our mission of positive change through art and sport,” said Peter Trevisani, Majority Owner and CEO of New Mexico United. “Puma not only gets our mission, but they are also now a catalyst in its fulfillment.  Our players, technical team and staff are honored to represent Puma. You should also expect to see us collaborating on unique merchandise such as sneakers as well as art activations and other unique experiences."

PUMA x New Mexico United winter products will be available for fans to purchase at the pre-season friendly versus Colorado Springs Switchbacks FC on February 8, 2020, at the University of New Mexico Soccer Complex. The complete line will be available for purchase at the team store (3500 Central Ave. SE, Ste. 2, Albuquerque, NM 87106) and online starting March 1st and will include T-shirts, hoodies, outerwear, sweatpants and much more.

Players will begin training in PUMA gear this week, and fans will have new 2020 kits to look forward to, which will feature the iconic PUMA cat across from the team’s black & yellow club shield. The team is excited to continue into the new season with jersey sponsors Meow Wolf and KraneShares, who will be prominently featured on the new PUMA kits.  Away kits will be revealed at the team’s annual Black & Yellow Bash on February 29th at Electric Playhouse. Details for this event will be released soon.

New Mexico United, the state’s first professional soccer franchise, brings the most popular sport in the world home to the Land of Enchantment. Fueled by a passion for community, New Mexico United’s promise is to provide a platform that brings New Mexicans together for a unique sporting experience, celebrating the unity and excitement inherent in world-class soccer. www.newmexicoutd.com

The USL is one of the most successful professional soccer leagues in the world, reaching a population of more than 84 million and fueling the growth of the game across North America. Headquartered in Tampa, Florida, the USL provides unparalleled club support with a growing team of more than 50 professionals across 17 departments, ranging from operations to marketing, communications and sponsorship. The USL has a national media partnership with ESPN, wherein all league matches are broadcast on ESPN+, ESPN3 and across linear channels. The league also operates USL Productions, which includes a state-of-the-art facility that produces and distributes more than 500 league matches and more than 1,000 hours of original content to national partners, local affiliates and international markets throughout the 2018 season.   www.usl.com