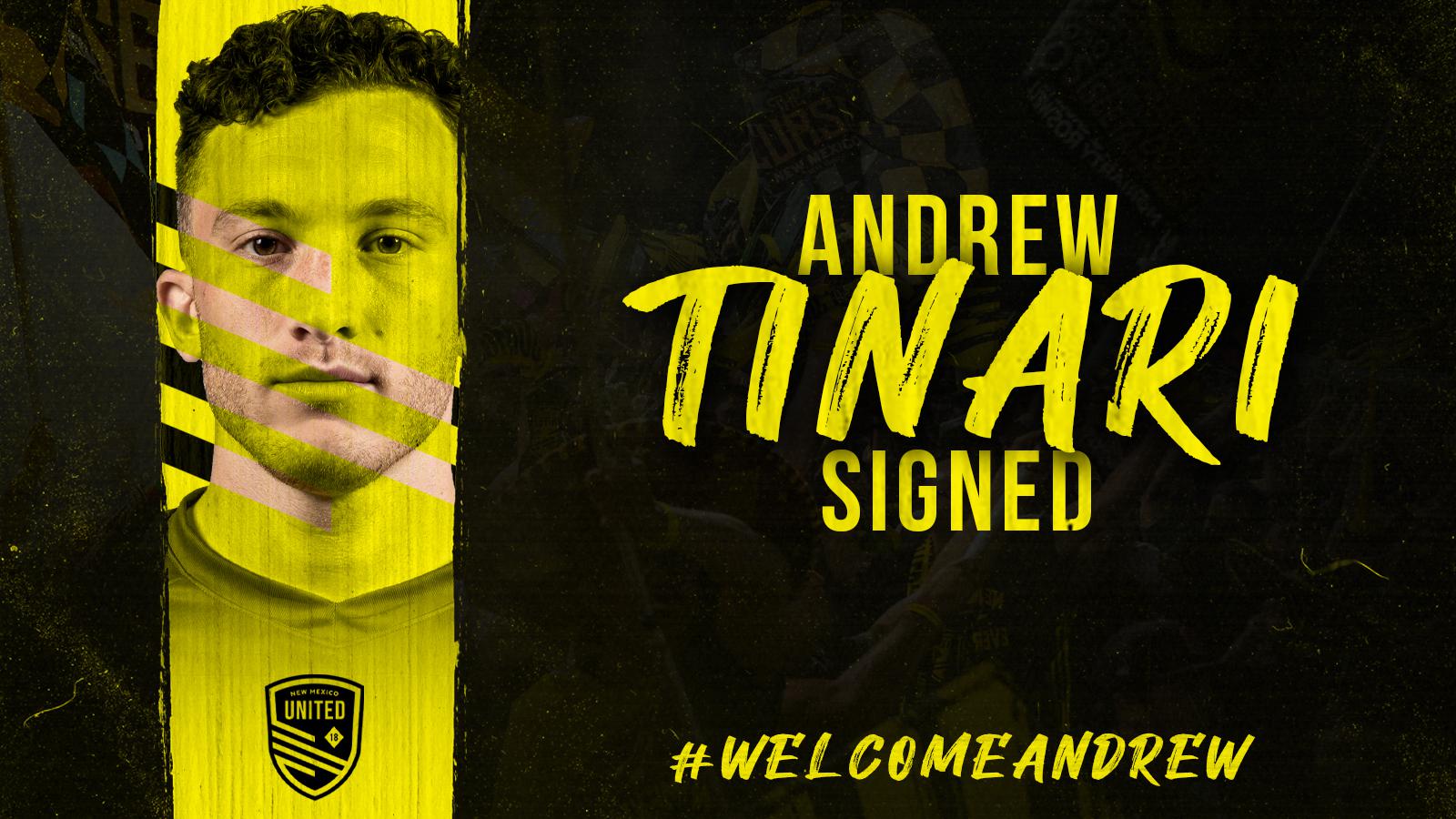 Hailing from West Islip, New York, Tinari spent his college career with Columbia University from 2013-2016, where he made 62 total appearances (55 starts), scored 9 goals and notched 10 assists. He was named Ivy League Rookie of The Year and to the First Team All-Ivy League three times.

“Andrew will add a different dimension to our midfield. He has an exceptional ability of being able to control the rhythm and tempo of a match,” said Head Coach Troy Lesesne. “He knows when to slow down the pace, but more importantly knows when to break lines and go forward with a purpose. We’ve very excited to have him in black & yellow this season.”

“I’m so grateful and excited to be a part of this state and club. Now it’s time to get to work,” said Tinari.