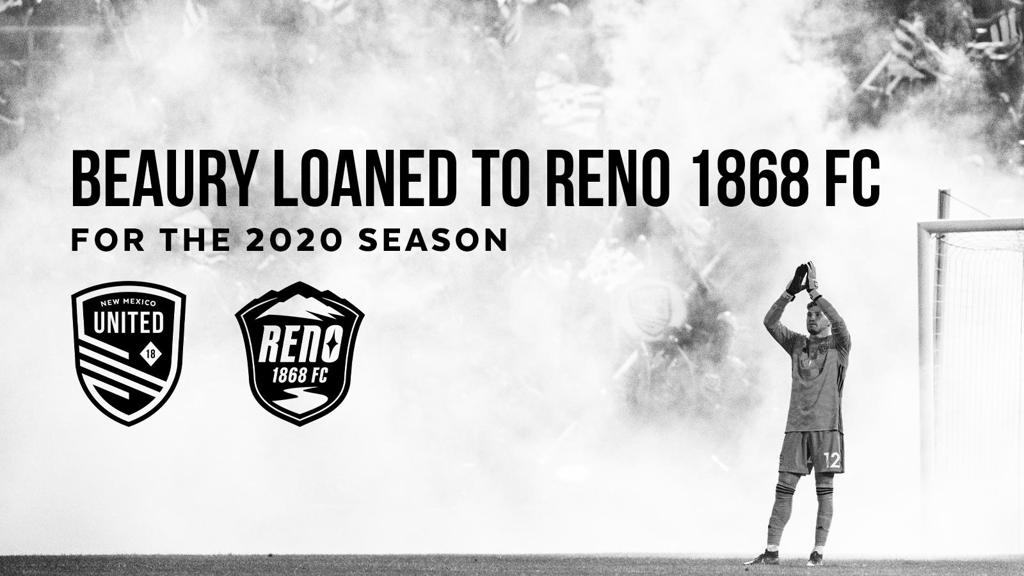 (July 6, 2020) ALBUQUERQUE, NM - New Mexico United announced today that the club has loaned goalkeeper Ben Beaury to USL Championship side Reno 1868 FC for the remainder of the 2020 season, pending league and federation approval. NM United will have the option to recall Beaury at any time.

“This is the third season I've had the pleasure of working with Ben and his development over the last few years has been tremendous,” said Head Coach of NM United, Troy Lesesne. “Our club is excited for the opportunity Ben has to play matches with Reno and take another positive step in his career.”

Under regular conditions, both teams would face off as members of the USL Championship’s Western Conference. However, due to the COVID-19 Public Health Crisis, the 2020 season will be played in eight regional groups. NM United is in ‘Group C’, with Colorado Springs Switchbacks FC, El Paso Locomotive FC and Real Monarchs - while Reno 1868 FC landed in ‘Group A’, to play against Portland Timbers 2, Sacramento Republic FC and Tacoma Defiance.

Beaury was first signed to NM United in December of 2019, having previously been previously signed to the USL’s Charlotte Independence, where he worked directly with Coach Lesesne. Last season with NM United, Beaury appeared in a friendly against Cardiff City FC, and in a regular season match against regional rival, Phoenix Rising FC.

“I’m excited for the opportunity to join Reno on loan. I’ll definitely miss everything & everyone at New Mexico United including our great community and fans,” said Ben Beaury. “My goal has always been to continue to grow as a person and player and I believe thanks to Troy and his support of this opportunity, that I will continue along that same path. I will continue to root for New Mexico United!”