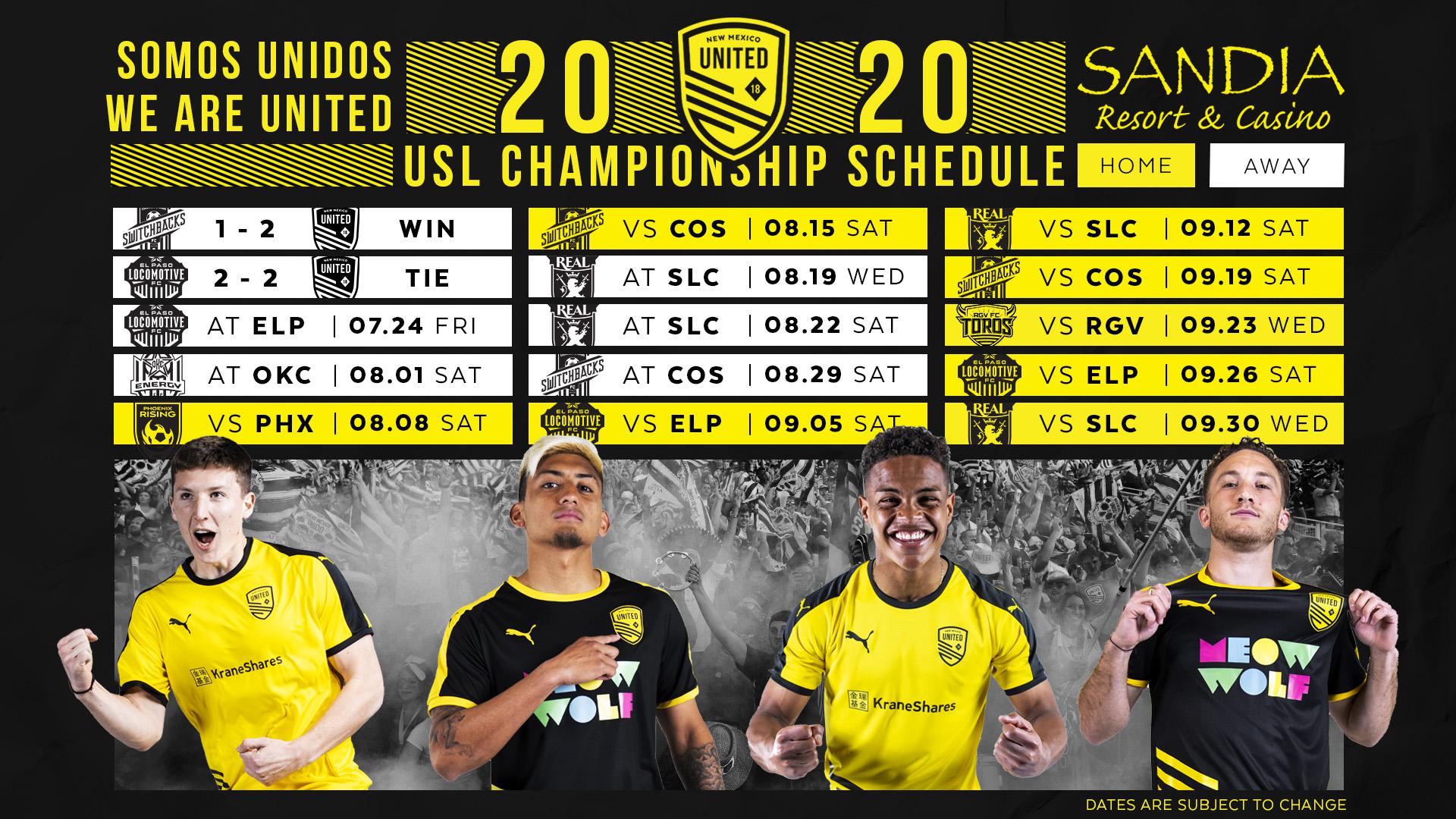 (July 22, 2020)  Albuquerque, NM - New Mexico United announced today that their first home match against Real Monarchs SLC, originally scheduled for July 29th, will be postponed for a new date near the end of the team’s season. This decision comes in response to Governor Michelle Lujan Grisham’s recent public health order. Other matches against Real Monarchs SLC have also been impacted, new dates & venues are below:

“As an organization, it is our goal to play home matches in 2020,” said Peter Trevisani, Owner & CEO of New Mexico United. “If New Mexicans continue to practice COVID-19 Safe Practices, we will do our part to continue providing a sense of normalcy during these unprecedented times. Part of that normalcy has to be games played in our state.”

Fans from across New Mexico have been tuning into the radio & streamed broadcasts of NM United’s matches, as evidenced by stay-at-home watch party photos posted to social media. Should the team host home matches this season, NM United and a local television affiliate have plans to air the games over-the-air - making the games and a sense of normalcy accessible to even more New Mexicans.

Due to the fluid nature of COVID-19 Restrictions, the soccer team plans to review upcoming home matches on a case by case basis, closer to the scheduled dates.