New Mexico United Match Against Phoenix to be Played in Phoenix

With More Away Games than Home Games, Soccer Team to Play ‘Unbalanced’ Schedule in 2020 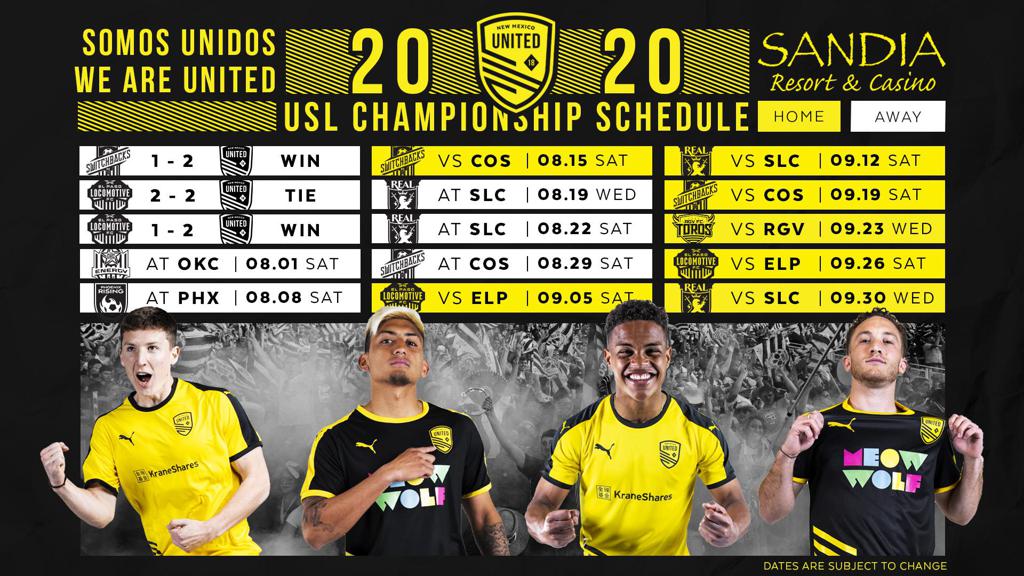 With More Away Games than Home Games, Soccer Team to Play ‘Unbalanced’ Schedule in 2020

(July 27, 2020)  Albuquerque, NM - Earlier this month, New Mexico United announced plans to postpone its first home match against Real Monarchs SLC to later in the season, with hopes to host home matches towards the end of the season. Today, the team has announced plans to play its regularly scheduled match on August 8 against Phoenix Rising FC on the road - officially entering an unbalanced schedule.

Due to the fluid nature of COVID-19 restrictions across the country, the USL Championship provided provisions in the 2020 season competition structure to allow for teams to play more away matches or more home matches, as necessary, in order to stay in compliance with public health guidelines in their respective markets.

“New Mexico United is going to do everything we can to provide a sense of relief and normalcy for New Mexicans by playing the beautiful game of soccer,” said Peter Trevisani, Owner and CEO of New Mexico United. “We have a commitment to New Mexicans to return to safe play this year and bring a cup back to our state.”