August 15 Match to be Played in Colorado, Fans Across NM Can Watch on KOAT Channel 7 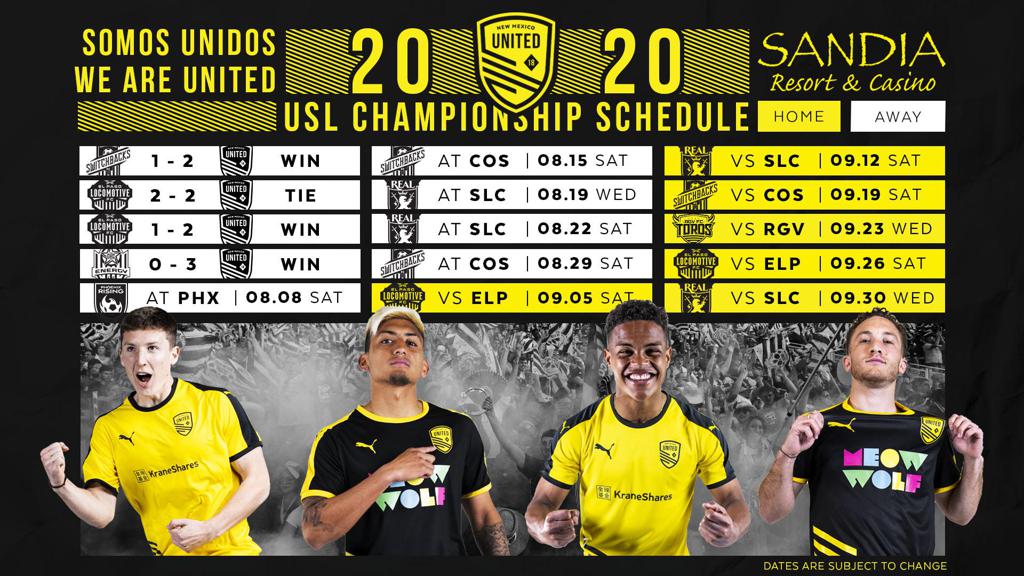 August 15 Match to be Played in Colorado, Fans Across NM Can Watch on KOAT Channel 7

(August 8, 2020)  Albuquerque, NM - As New Mexico United continues its efforts to comply with state public health orders, the team announced today that another regularly scheduled home match will be played on the road. The Saturday, August 15th match versus Colorado Springs Switchbacks FC will now be played in Colorado at Weidner Field, with kick-off slated for 3 pm MDT. This will be the teams’ second meeting this season.

In an effort to make the soccer matches as accessible as possible for all New Mexicans, NM United also announced a broadcast partnership with local ABC affiliate KOAT (Channel 7), who will air the upcoming match live over the air.

“We are beyond excited that KOAT has stepped up to the plate to help us bring this match into the homes of so many New Mexicans,” said CEO and Owner of New Mexico United, Peter Trevisani. “Viewership numbers of streamed matches across the league have seen a huge increase with fans seeking the sense of normalcy that sports can provide. With this partnership, more people across our state will have access to experience this.”

Updated schedule graphic is below:

Due to the fluid nature of COVID-19 restrictions across the country, the USL Championship provided provisions in the 2020 season competition structure to allow for teams to play more away matches or more home matches, as necessary, in order to stay in compliance with public health guidelines in their respective markets.