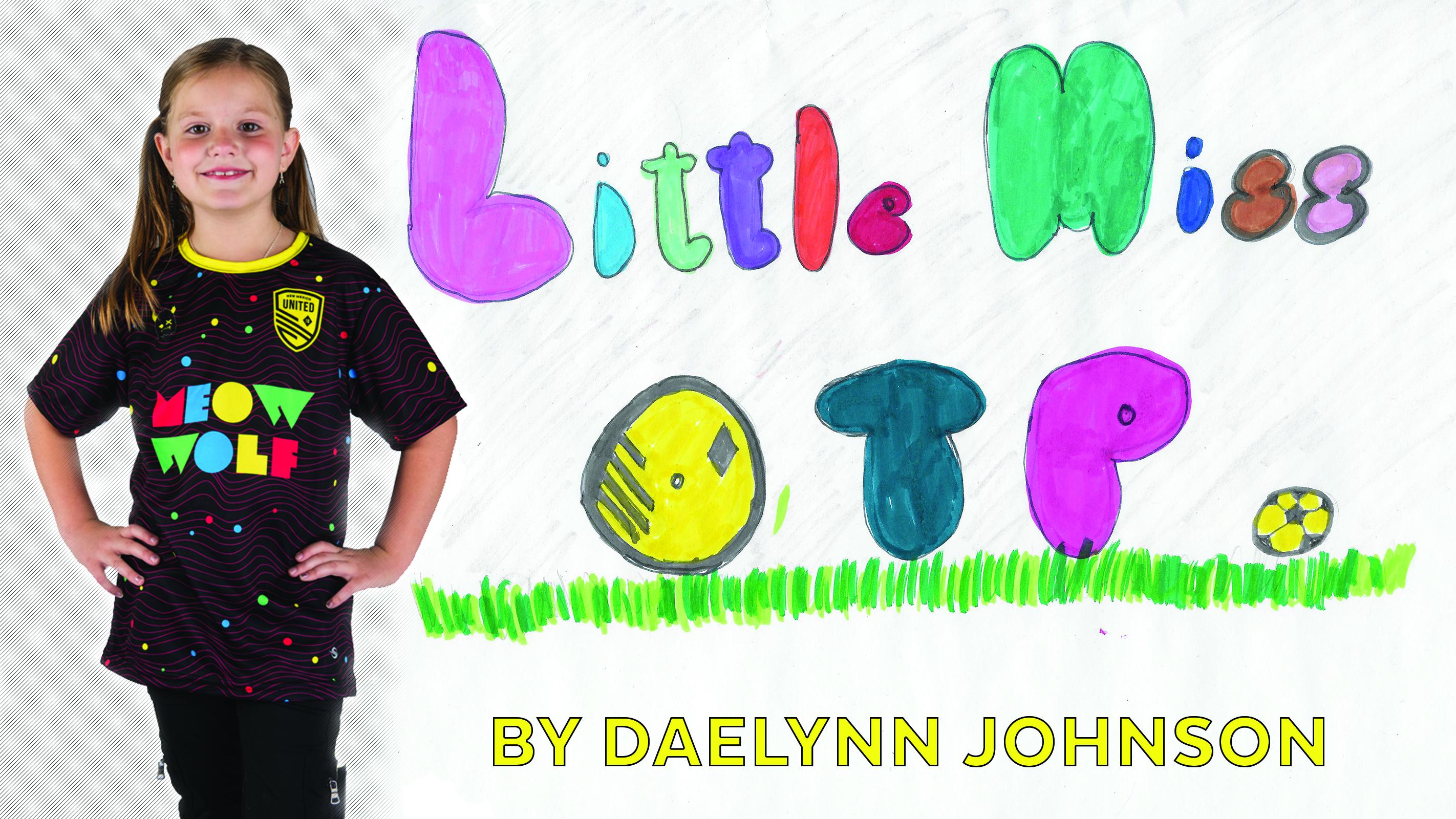 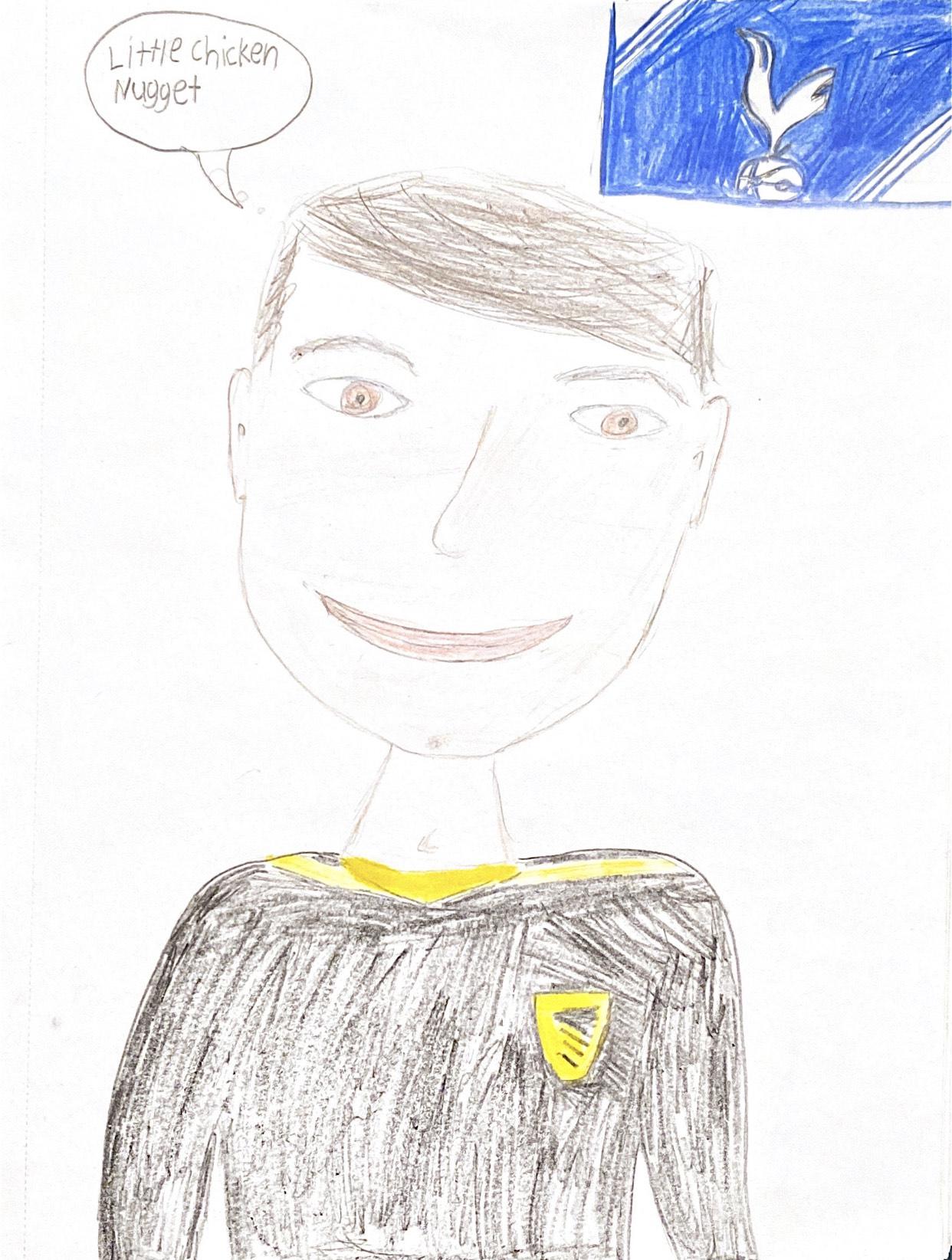 When Mom asked me who I wanted to interview next, I said Tyler, because he is one of my favorite people.  Also, Tyler is about to make his big debut on TV this weekend.  I am so proud of him!  Plus, August marks his two-year anniversary month with United!  Happy Workaversary!  Tyler calls me a little chicken nugget and I like that because it’s funny and because it just makes me happy. We had to meet over Facetime because, COVID.  We met and took some pictures before quarantine, but we decided to talk again because it had been so long! I really miss his big smile and the way he greets me, and also his hugs. He makes everyone feel like he is happy to see them.

I hope he still loves me when he’s famous. I am pretty sure I’ll still be his favorite.  I could see Tyler’s Spurs flag and all of his soccer scarves behind him at his house.  I was cuddled up on my couch with Mom and my husky, Lulu.  Before I start interviews, I always begin with a joke, so I said, “Why do you have to be careful around stairs?  Because they always look like they’re up to something.”  Anyway, here is what we chatted about.

Pet Peeve: When people try to tell me how to do my jobs

Favorite song right now: “Only One” by Drake

Any pets? I have a bird named Migo (shows his gray and yellow cockatiel).It’s short for amigo ‘cause he’s my friend. 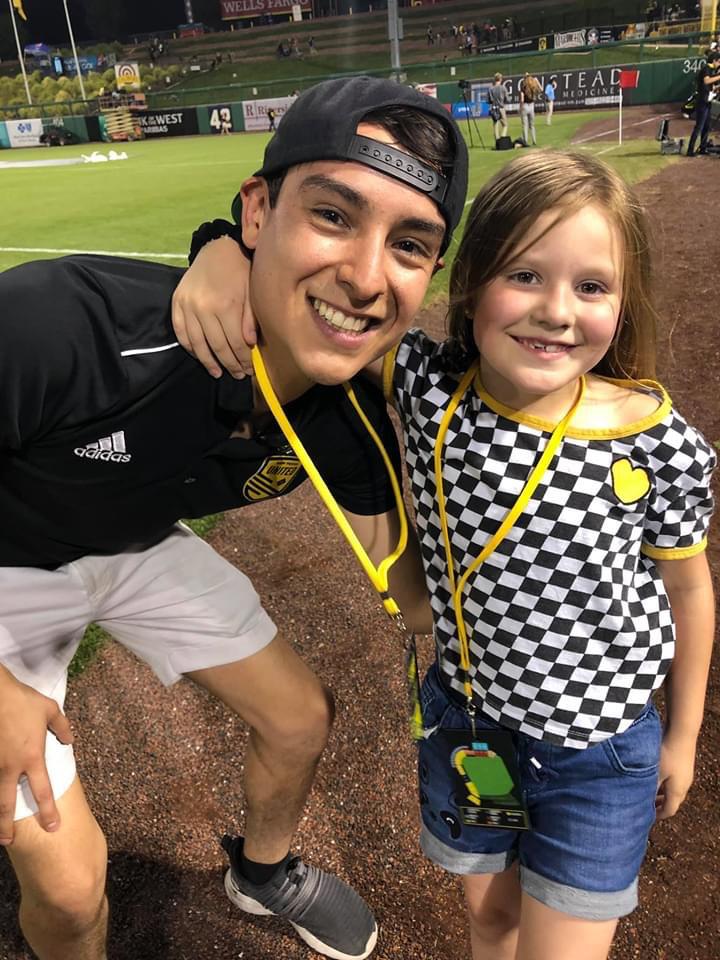 Little Miss OTP (LM):  What have you been doing in quarantine?

TO:  To make my boss happy, I’ve been working a lot, I’ve been playing a lot of video games, and I’ve been waiting to get back to the Lab with all 15,000 of our best friends.

LM:  What do you miss the most from before quarantine?

TO:  I think being able to attend live sporting events.

LM:  Which one do you miss the most?

TO:  It’s always fun to go to the Cowboys games every Thanksgiving, but, if I had to pick one that I miss the most, it’s gotta be New Mexico United.

LM:  Tell me about your new broadcasting job.

TO:  So I will be the TV play-by-play broadcaster for New Mexico United home games, on ESPN+, and certain games will also be on KOAT Channel 7, so this is something that I have been working toward for about 11 years now. I’ve been doing sports broadcasting for 11 years.  I started out on local radio back in Santa Rosa, I used to host a morning show every Saturday morning from 8 in the morning until noon.

LM:  Will you still love me when you’re famous?

TO:  Of course, in fact, I’ll make sure you get all the VIP passes.

LM:  Where did you grow up?

TO:  I grew up in a small town called Santa Rosa. It’s about an hour and a half east of Albuquerque on I-40, there’s about 2,000 people there.  The game of soccer does not exist in Santa Rosa.  There’s no school teams, there’s no youth teams, nothing. So for me to be involved in working for a professional soccer team is far from what I imagined when I was a kid saying that I wanted to work in sports.

LM:  When you were a kid, what did you really want to be when you grew up?

TO:  I always wanted to be a professional athlete, whether that was football, when I was a kid I always wanted to grow up and play for the Dallas Cowboys. Once I grew up I realized I was a little bit too skinny, so then wanted to be a basketball player.  And then I realized I wasn’t going to be 6’7.  So when I figured out I wasn’t blessed with the physical attributes required to be a pro athlete, I started to change my focus to something within the sports world, and broadcasting is what I want to do.  When I was a junior in high school, I was hanging out with my best friend and we were watching college football.  And I looked and him and said that these guys talking right now get paid to travel and watch sports and talk about them. I said, “I can do that” and here we are about 12 years later.

LM:  What is the best thing about being a grown up? 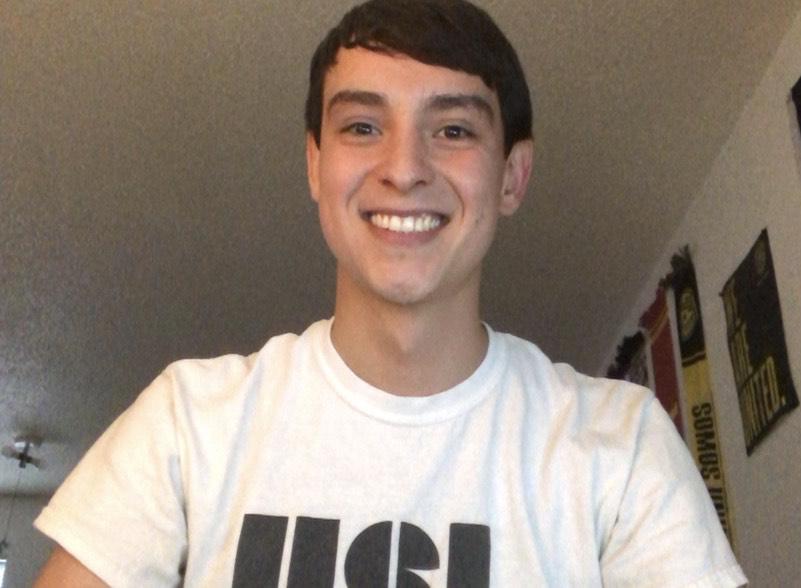 LM:  What inspires you?

TO:  Okay, I’ll peel the top back a little bit. When I was 4 years old, my mom passed away in a car wreck, so I was raised by my grandma by herself. So every day when I wake up, I try to go out there and do the best that I can, just because I’m always thinking about my mama, and what she would want to see me do. So long story short, it’s my mom that inspires me.

LM:  What first brought you to the staff at United? Tell me about your journey to New Mexico United.

TO:   I was working in hotels before I started working for United, and I’d done broadcasting for a really long time, and I had known Ron, Uncle Ron, from the Albuquerque Sol days, where I used to broadcast their games.  So obviously I’m a really big soccer fan, as you can see behind me, so once I found out that we were getting our own professional soccer team, I knew that I had to be a part of it.  Whether I was working as their secretary, if I was cleaning the toilets, if I was broadcasting their games on TV, I knew whatever I could do to be a part of this team, I wanted to do that. And I’m glad too because I wouldn’t have met you or Mama Rachel. I sent Uncle Ron a text, I applied, we had our first phone interview that was scheduled to go 15 minutes that ended up going 45, and then they brought me in for the in-person interview.  I was sitting at the table with Ron and Amanda, and at that time I had already placed my deposit on season tickets. I was actually the 57th person to place a deposit for season tickets when they announced. I was going to be there regardless, whether I was working for the team, sitting in the supporters’ section, I was going to be there.  I told Ron and Amanda, “I’ll see you guys there on opening night, whether I’m working for the club or in the crowd” so I’d like to think that was the line that hooked them and got them to take a chance on me. It’s honestly been my favorite job that I’ve ever had, and tomorrow is my two-year anniversary (I started August 13, 2018). I don’t see myself every getting out of sports, now that I’m in, because it’s a hard industry to crack into and it’s small once you get in.

LM:  Have you ever thought about living anywhere else?

TO:  I’ve thought about it a little bit, but I have a lot of family here in NM, and I have a lot of really good people around me, so when it comes to moving, I don’t want to move too far.  In terms of moving out of state or something, if the right opportunity presents itself in time, then sure, but in the near future, it’s safe to say that I’ll be black and yellow for at least a few more years. Hey, if ESPN comes calling after this weekend, you can’t get mad at me for leaving.

LM:  What’s your all time favorite thing about working at New Mexico United?

TO:   My favorite thing about working at United is being able to get to know all of our amazing fans 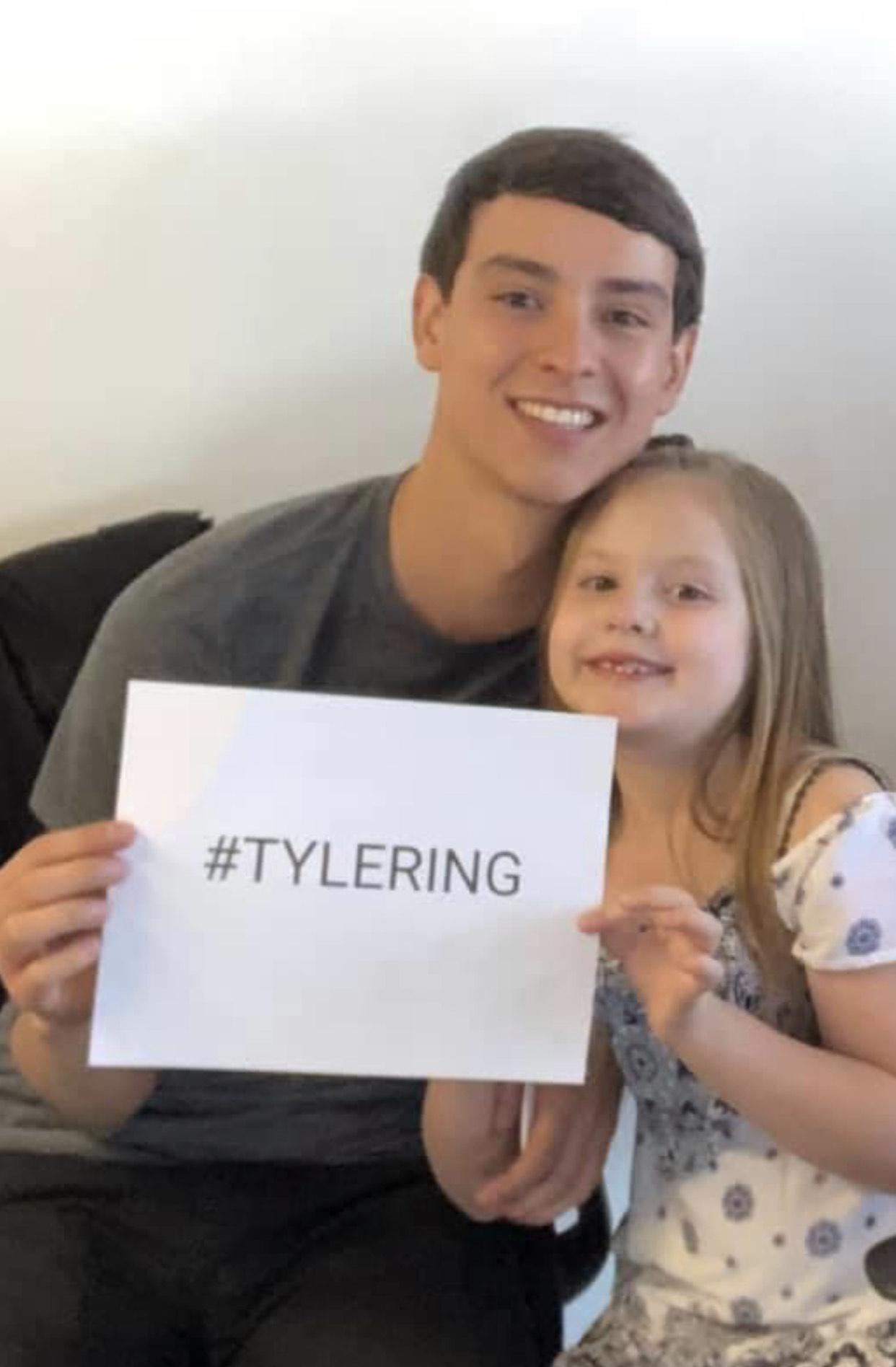 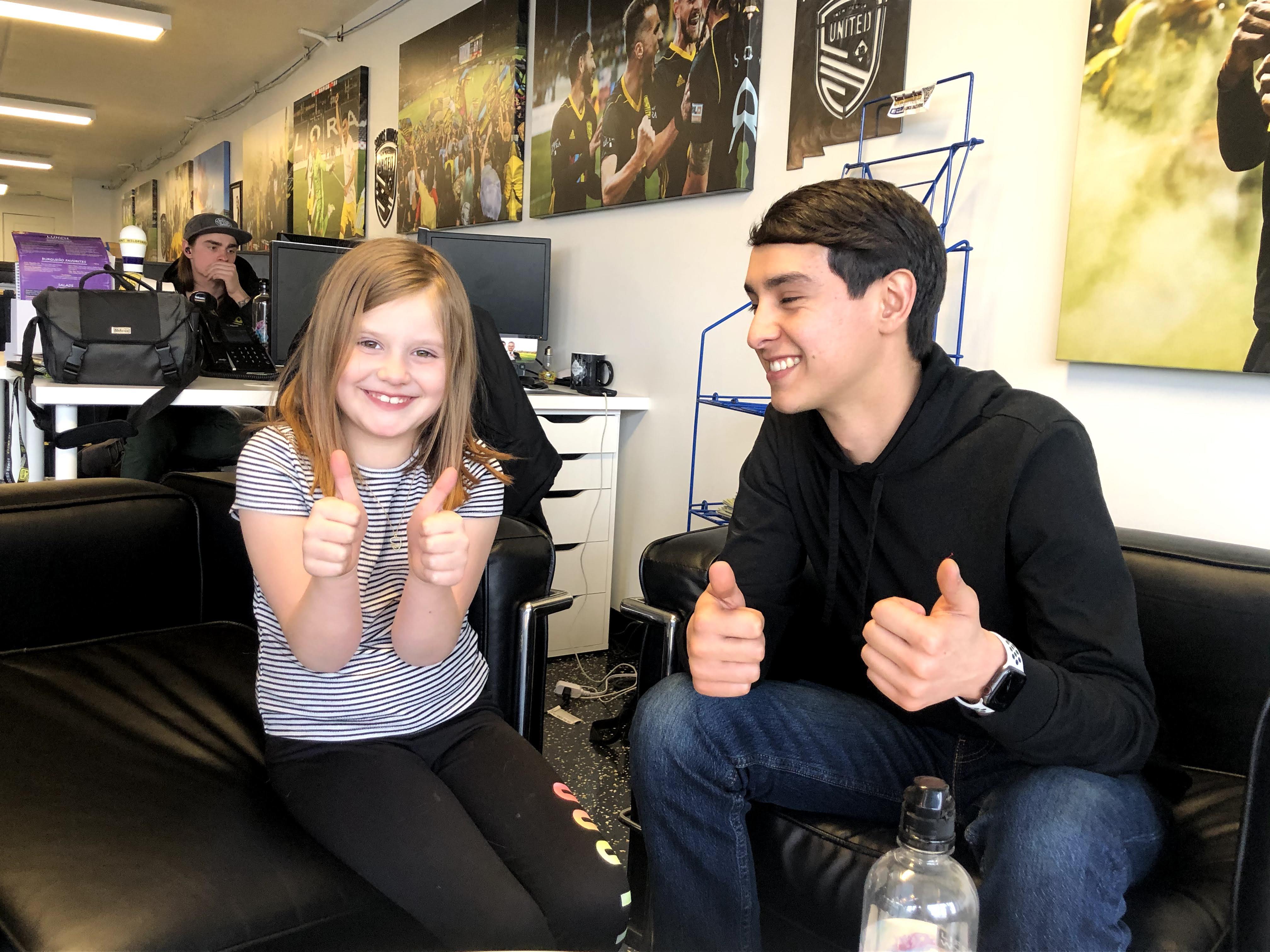 LM:  What makes you the happiest?

TO:   A lot of things make me really happy. Top three in no particular order…being at the Lab for a New Mexico United game, watching my favorite sports teams play (Cowboys, the Heat, Tottenham), and my third would probably be getting interviewed by Dae.