THE FIRST NEW SIGNING AHEAD OF 2021 SEASON 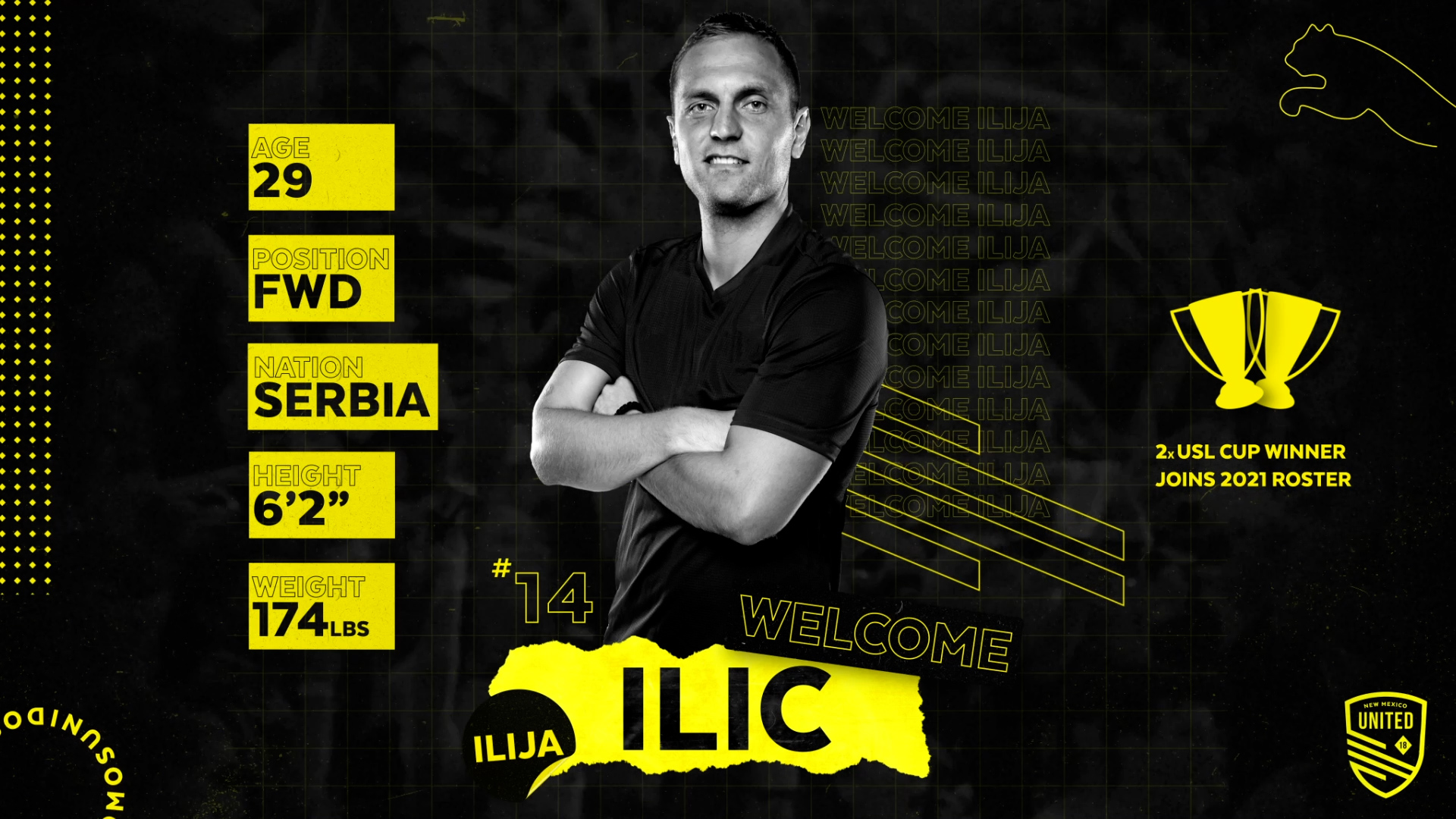 (December 14, 2020) Albuquerque, NM - New Mexico United is thrilled to announce the signing of Ilija Ilic. Ilic is the club’s first signing of the 2021 offseason. Ilic - from Belgrade, Serbia - spent the last two seasons with Indy Eleven of the USL Championship. Prior to those two seasons, Ilic spent four seasons with Lou City of the USL Championship, winning two titles in the process.

Prior to his professional career, Ilic played for Young Harris College, where he scored 64 goals in four years, and won numerous awards, including Conference Player of the Year and All-American First Team honors. Ilic is also a new father.