NEW MEXICO UNITED ANNOUNCES THE SIGNING OF HARRY SWARTZ, THEIR SECOND NEW SIGNING AHEAD OF 2021 SEASON

Swartz has started every match in his career, and was the Player of the Season for Hartford Athletic in 2019. 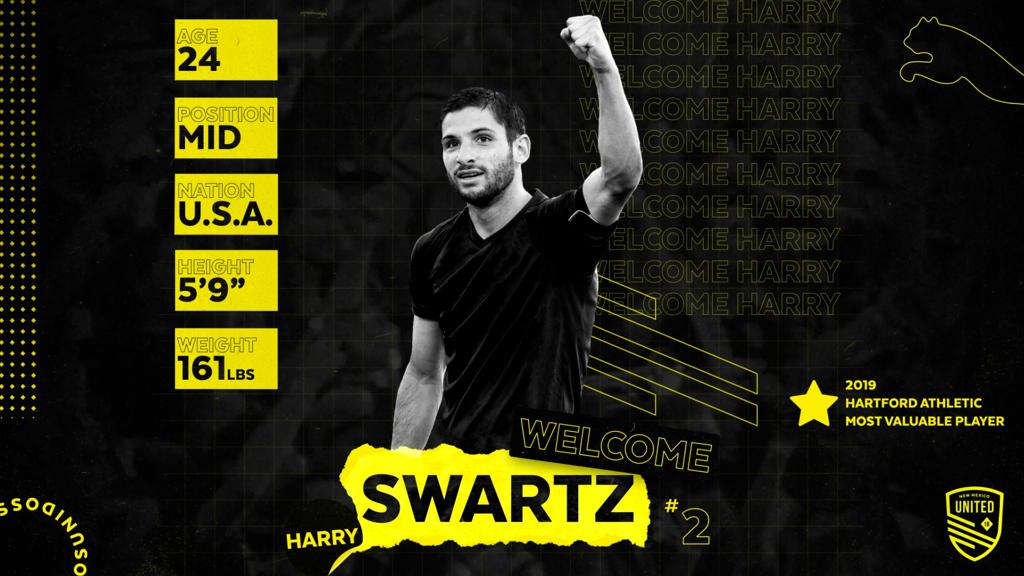 (December 18, 2020) Albuquerque, NM - New Mexico United is thrilled to announce the signing of Harry Swartz for the 2021 season. Swartz played the last two seasons with Hartford Athletic of the United Soccer League, where he played and started 27 matches. The midfielder has a career tally of five goals and four assists in two seasons in the professional ranks, and was Hartford Athletic’s Player of the Season in 2019.

"Harry is an exciting attacking outside back that has a fantastic range of passing and a tireless work ethic," said United Head Coach and Technical Director, Troy Lesesne. "He not only fits our club's culture but will undoubtedly enhance it. I'm extremely happy to have him with our club."

Prior to his time in Hartford, Swartz played for the Boston Bolts of USL League 2, where he scored 12 goals in 23 appearances, and Northeastern University, where he was a four-year starter. Swartz is 24 years old, and grew up in Needham, Massachusetts.