Rivas, who attended Cibola High School and played for USL League 2’s Albuquerque Sol returns home to represent the community that raised him. 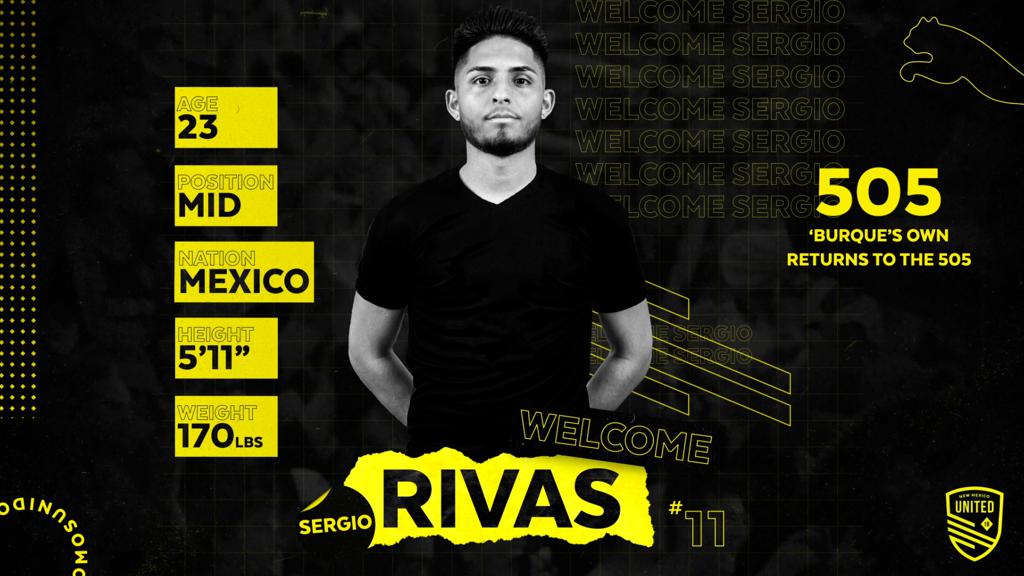 (December 24, 2020)  Albuquerque, NM - New Mexico United is thrilled to announce the signing of Albuquerque native Sergio Rivas. Rivas, who was born in Chihuahua, Mexico and grew up in Albuquerque, joins United after two seasons with USL Championship’s Reno 1868 FC. Rivas was selected 26th overall by the San Jose Earthquakes in the 2019 MLS Superdraft, after four years at Seattle University.

“There’s nothing like bringing one of New Mexico’s own back home, and we are thrilled to have Sergio in the Black and Yellow for 2021,” said New Mexico United Head Coach/Technical Director Troy Lesesne. “His ability on the ball, whether that’s on the dribble, combining with teammates, or delivering the final action is fantastic. He will bring a different dimension to our attack next season.”

Prior to his professional career, Rivas was named to the all-WAC first teams in 2016 and 2018, as well as the all-WAC tournament team in 2018 and 2015. Rivas’ accolades stretch back across his career, into his time at Cibola High School in Albuquerque, when he was named the 2014 New Mexico Boys Soccer Gatorade Player of the Year.