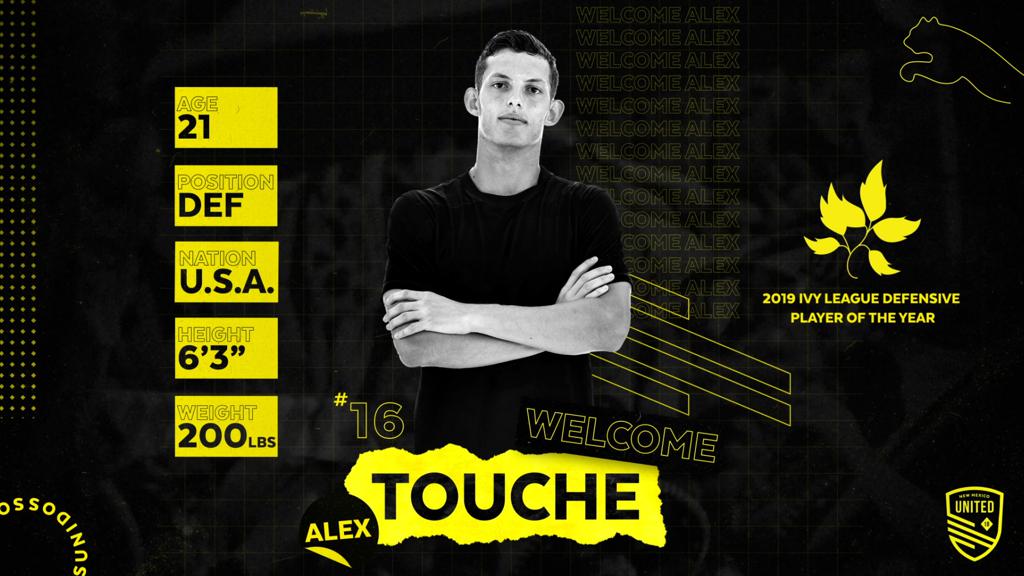 (January 12, 2021)  Albuquerque, NM - New Mexico United is thrilled to announce the signing of Albuquerque native Alex Touche. Touche, who attended Albuquerque Academy, and played three seasons with USL League 2’s Albuquerque Sol before attending the University of Pennsylvania, will make his professional debut with his hometown club in the 2021 season.

“We are proud to welcome another talented New Mexican back home with our club,” said New Mexico United’s Head Coach and Technical Director, Troy Lesesne. “Alex is an intelligent defender that has the confidence to play out of the back under pressure. He has a presence about him on the field and I’m thrilled he’s joining us for his first year as a professional.”

Touche has spent the last three seasons at the University of Pennsylvania, where he has played in 44 matches, starting in 43. During that time, Touche recorded 14 clean sheets for the Quakers, and scored eight goals. He was named club captain as a Junior in 2019, and was the Ivy League Defensive Player of the Year. Touche made the all Ivy League teams in each of his three seasons at Penn. In the summers, Touche was a mainstay for USL League 2’s Albuquerque Sol, where he made 23 appearances and scored three goals.