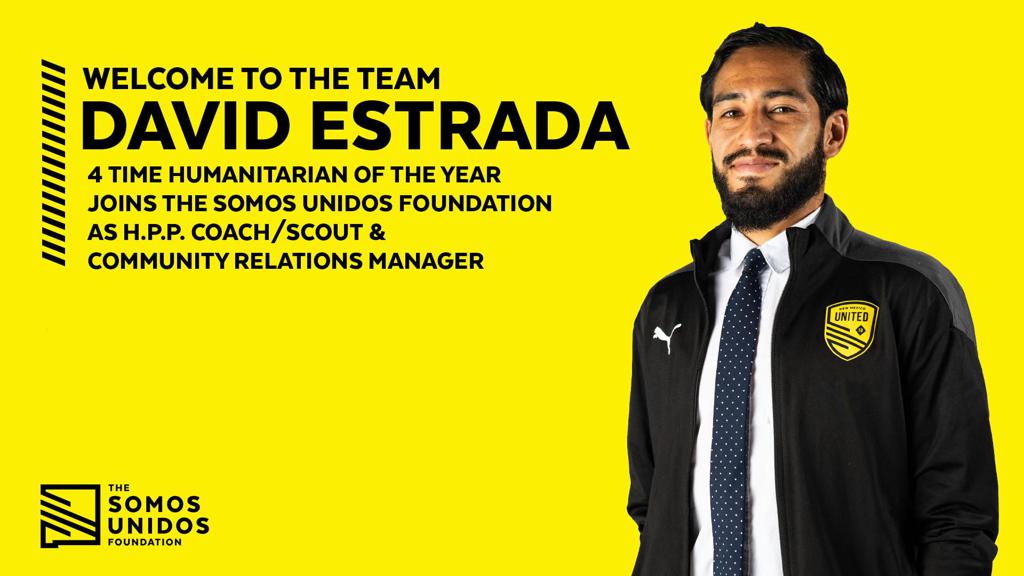 “As one of the earliest signings for New Mexico United, I was drawn by the vision of a team committed to building community,” said Estrada. “In my new capacity, I’m excited to grow that vision and work with the front office and soccer community to expand horizons for its upcoming talent and youth. I am thrilled to work with the Somos Unidos Foundation and its fellows to advance an ambitious vision that promotes art, sport, and community.”

In addition to his fantastic playing career that saw Estrada score 39 goals in more than 250 matches across 11 seasons in the USL Championship, MLS, and CONCACAF Champions League, Estrada has changed communities and his heart has been felt from Los Angeles, to Charlotte, to Seattle and everywhere in between. Estrada has won the Humanitarian of the Year award four times in his career. His official title will be High Performance Program Coach/Scout and Community Relations Manager for the Somos Unidos Foundation.