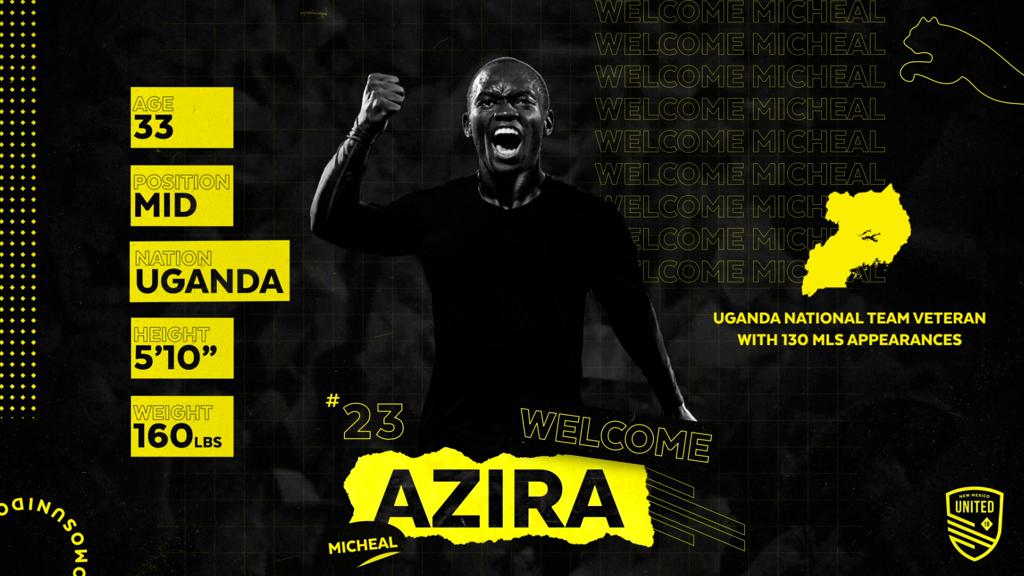 (February 1, 2021)  Albuquerque, NM - New Mexico United is thrilled to announce the signing of central midfielder Micheal Azira ahead of the 2021 USL Championship season. Azira, a native of Kampala, Uganda, brings a championship winning-pedigree with him to New Mexico, having lifted four trophies over his professional playing career.

“Michael is a player I’ve been wanting to work with for a number of years, and I’m incredibly excited to finally get the chance this season,” said New Mexico United Head Coach and Technical Director Troy Lesesne. “He brings an incredible amount of experience, first class mentality, and he will add a different dimension to our central midfield.”

In 2012, Azira won the USL Pro title with Charleston Battery. Two years later, he lifted the MLS Supporter’s Shield and US Open Cup as a member of the Seattle Sounders. In 2019, Azira won the Canadian Cup with the Montreal Impact.

In addition to his impressive domestic career, Azira has been a key member of the Ugandan National Team since 2016 - playing in World Cup qualifiers and the African Cup of Nations.