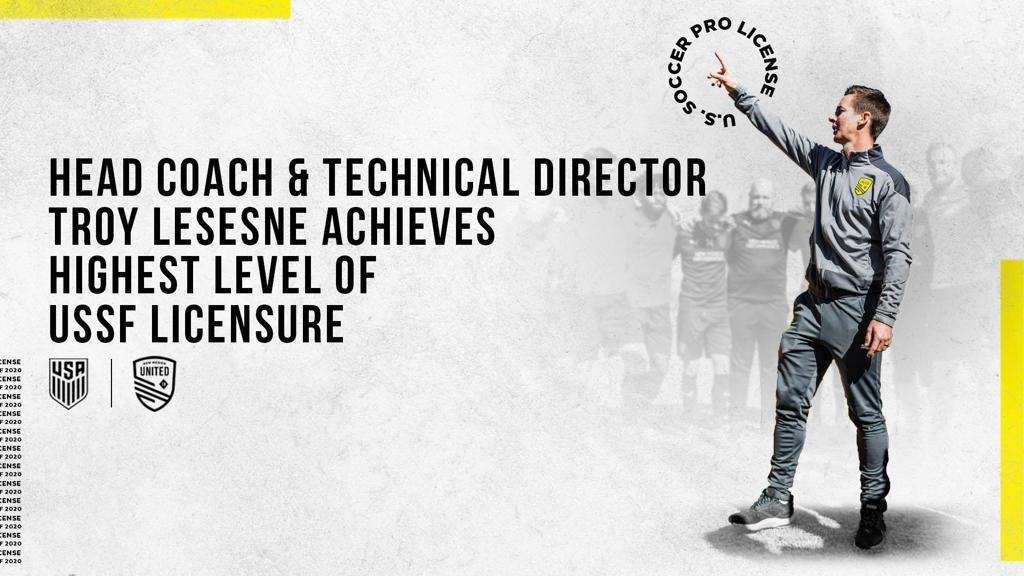 (February 25, 2021)  Albuquerque, NM - New Mexico United is proud to announce that Head Coach and Technical Director Troy Lesesne has completed the courses and certification necessary to achieve the United States Soccer Federation’s “Pro”-Level Licensure. This is the highest level of USSF license available, and Lesesne is one of just 11 people in the country to make up the graduating class of 2020.

“Without question this was the most amount of growth I’ve experienced in one year as a coach in my career, and the Pro License was at the center of my development during the 2020 season,” said Lesesne. “Beyond the presentations, tactical discussions, and analysis that took place, the most important component of the course was gaining a deeper understanding of who I am as a leader.”

“Troy has guided New Mexico United to an incredibly successful first two seasons; creating the principals and foundational tenets on which the club is built,” said New Mexico United Owner/CEO Peter Trevisani. “We are so proud of the crucial work that Coach Lesesne does on and off the pitch every single day. He makes our club - and our community - immeasurably better.”