NMU will kick off regular season home slate in mid-May, and will play in three additional home openers. 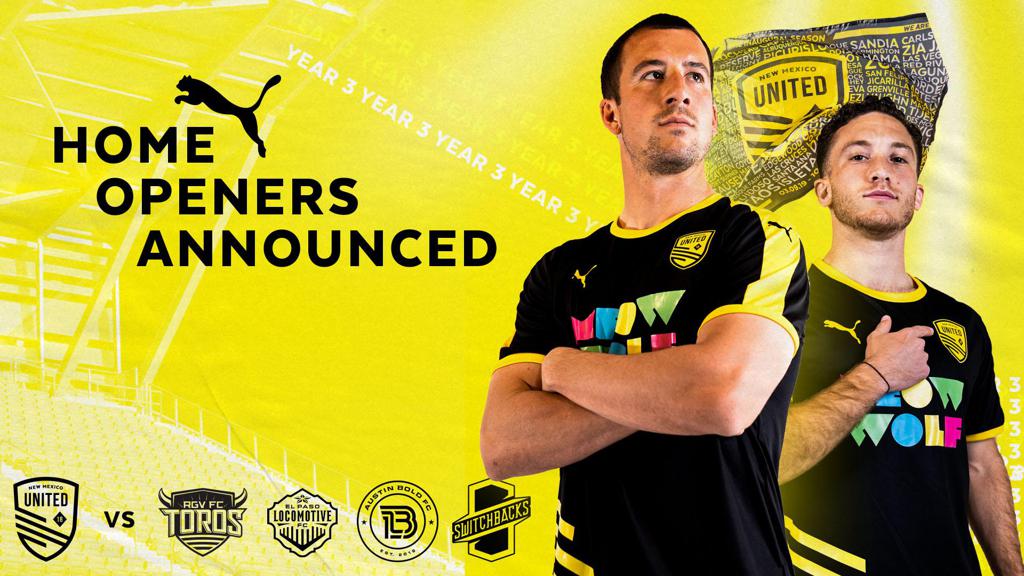 (March 23, 2021)  Albuquerque, NM - New Mexico United will play their first regular season home match in 575 days on May 15th, as they take on Austin Bold FC. The United Soccer League announced home openers for USL Championship clubs Tuesday, with all 31 clubs slated to kick-off their home schedules between April 24th and June 19th.

“It has been a long time since we’ve been able to kick a ball in front of a New Mexico crowd in a match that truly matters,” said New Mexico United President/CEO Peter Trevisani. “It means the world to be able to bring that spark of joy to families across our beautiful state. We are thrilled to welcome back fans on Saturday, May 15th.”

In addition to opening up Rio Grande Credit Union Field at Isotopes Park in mid-May, United will participate in home openers for three other clubs:

United will play their home matches at Isotopes Park during the 2021 season. Under the current phase of the state’s “Red-to-Green” framework, United expects an in-stadium capacity of 25%.