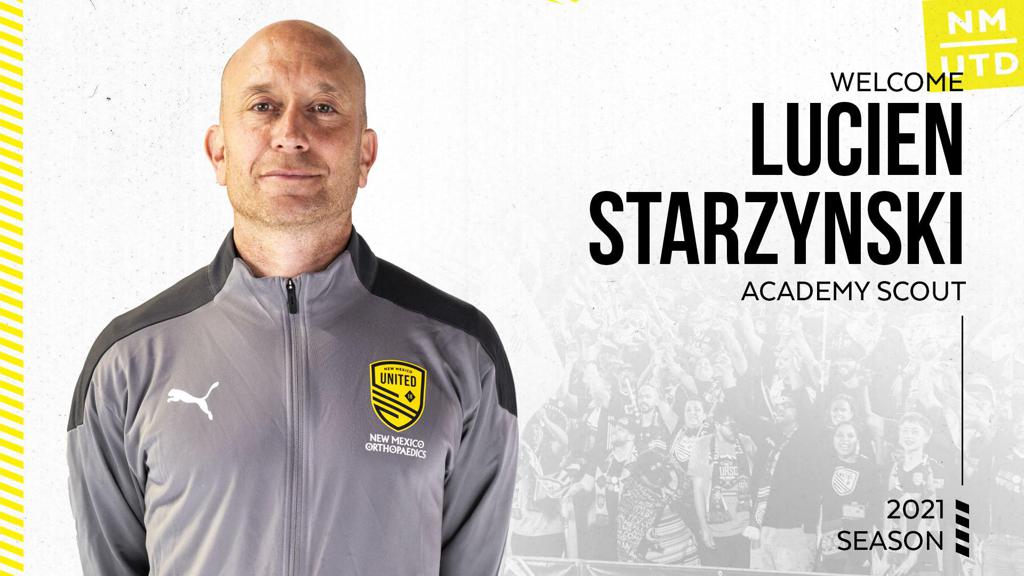 (March 24, 2021)  Albuquerque, NM - New Mexico United is thrilled to announce the signing of Lucien Starzynski to serve in the role of Head Academy Scout for the 2021 season. Starzynski has been a staple of the New Mexican youth soccer scene for nearly twenty years, including a dozen-year-long stretch as Head Coach of the Albuquerque High School Boys Soccer Team. That run at AHS has seen his team in the title game in five of the last six seasons, winning three state championships.

"For my entire adult life, my heart and passion have been working with young players in my community through the game,” said Starzynski. “I'm excited to work with New Mexico United to open up more opportunities and avenues for our athletes of all backgrounds and communities across the entire state."

In addition to his state titles, Starzynski has won several Coach of the Year awards, and is proud of creating clubs and club environments that best represent the spirit and diversity of New Mexico. Starzysnki currently has his United States Soccer Federation “B” Coaching License, and has coached in New Mexico at the high school, club, and ODP levels.