United will play 16 matches at home, 16 on the road, will face Eastern Conference competition for the first time 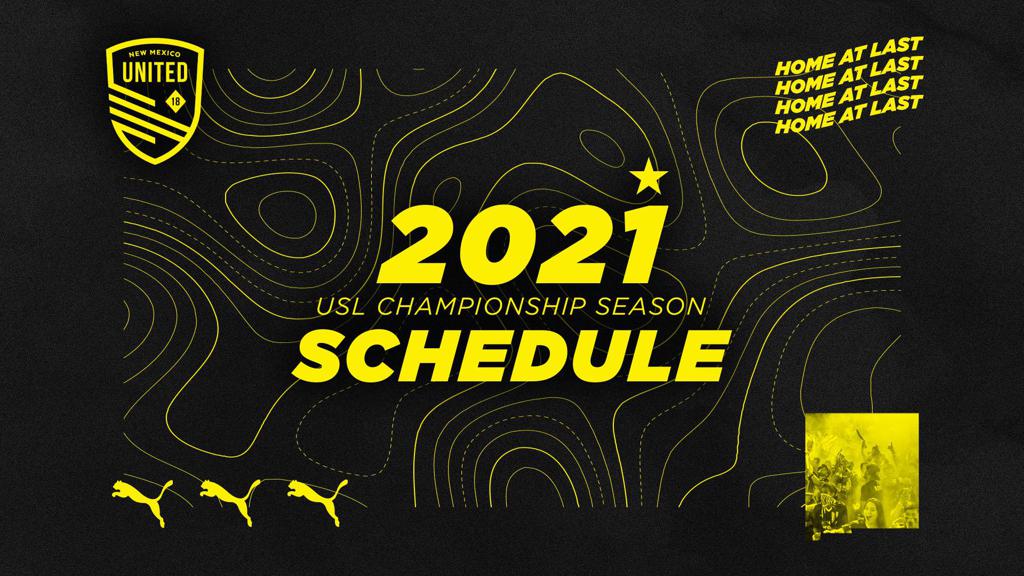 (March 30, 2021)  Albuquerque, NM - New Mexico United today announced their full schedule for the 2021 USL Championship regular season. United will play a total of 32 regular season matches - evenly split between home and away - over the course of 28 weeks. Those 32 matches include four against each of United’s six Mountain Division opponents, as well as an additional eight matches against out-of-division opponents. Highlights include:

The full schedule graphic is included below.

Tickets for regular season matches will be available on a limited basis, dependent upon county, state, and federal COVID-safe protocols, and best practices, and will be released a few matches at a time, to allow United to adjust to the latest COVID-safe protocols as they develop.

Those tickets will be available in waves, with each wave capped to provide equitable access for everyone. In addition, tickets will be sold in pods of varying sizes to allow for proper social distancing. The waves for the first two matches are listed below:

Again, each of these waves is capped, based upon capacity, to allow everyone to have an opportunity to purchase tickets.

This season, all tickets will be delivered digitally upon purchase. Upon entering the park, individuals can use their mobile devices to scan their ticket barcode, or print out their tickets ahead of time. 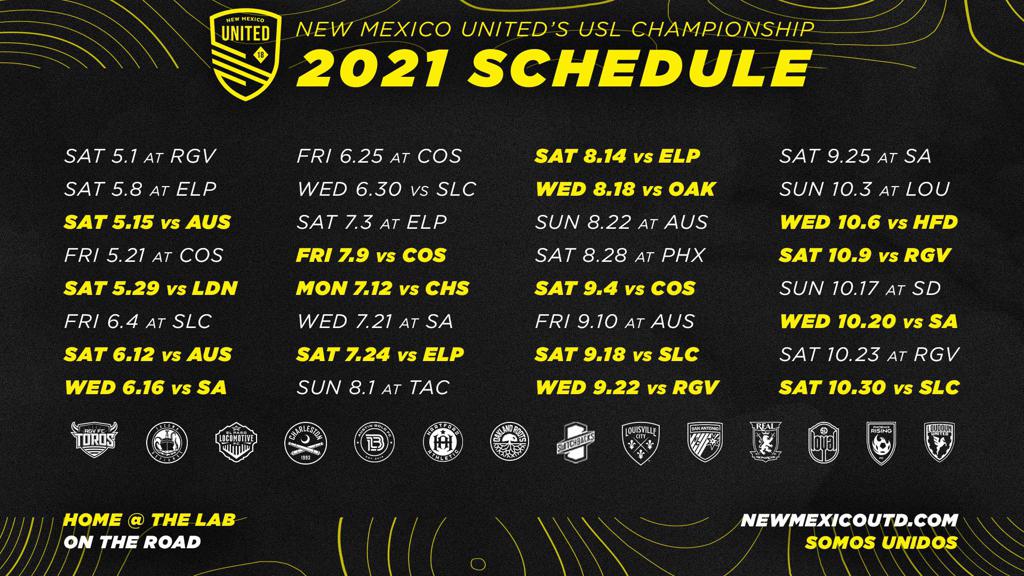