Goals from Rivas, Brown and Moreno see United to first win of the season in home debut 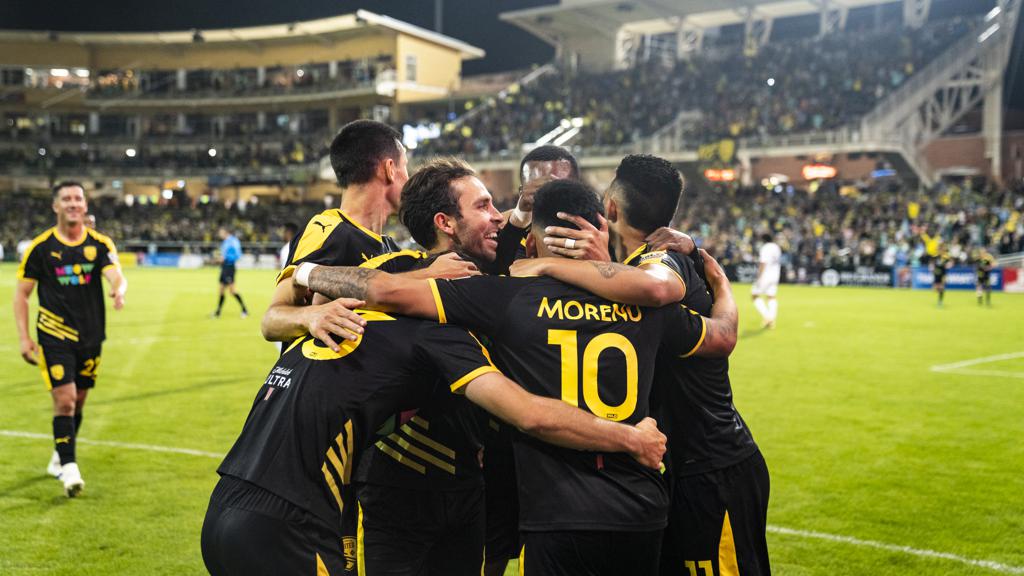 (May 15, 2021)  Albuquerque, NM - After 574 days away from home, New Mexico United began the home slate with a convincing 3-1 win over Austin Bold FC. Goals from Albuquerque native Sergio Rivas, and Brian Brown (each scoring their first goal for United,) as well as Amando Moreno assured  victory for the Black & Yellow, who played in front of 8,647 fans at Rio Grande Credit Union Field at Isotopes Park.

It was Rivas who got the scoring started for United, heading home a cross from Harry Swartz, who picked up his second assist in the last two matches. In the post-match press conference, Rivas described the feeling of scoring his first goal in front of his hometown fans: “It was incredible,” Rivas said. “It literally felt like I was floating.”

United carried the one goal lead into halftime, but quickly lost it as Nick Hinds scored on his first touch of the match, after being subbed into the match at halftime. Hinds fired the ball between two United defenders to level the match, with the assist provided by Juan Pablo Torres.

Two minutes later, Kalen Ryden found Amando Moreno on a long pass, Moreno found himself in space, but was unable to convert the chance.

In the 61st minute, United regained a one-goal lead, as another long pass from Ryden - this one aiming for Josh Suggs - deflected toward Brian Brown, who deftly chipped the ball over Hugo Fauroux for his first goal as a member of the Black & Yellow.

That lead would be doubled just two minutes later as Andrew Tinari played a picture perfect pass to Moreno, who headed home his first goal of the season, and the third of the match for New Mexico.

Tonight’s attendance was 8,647 - the highest at any match in the USL Western Conference so far this season.