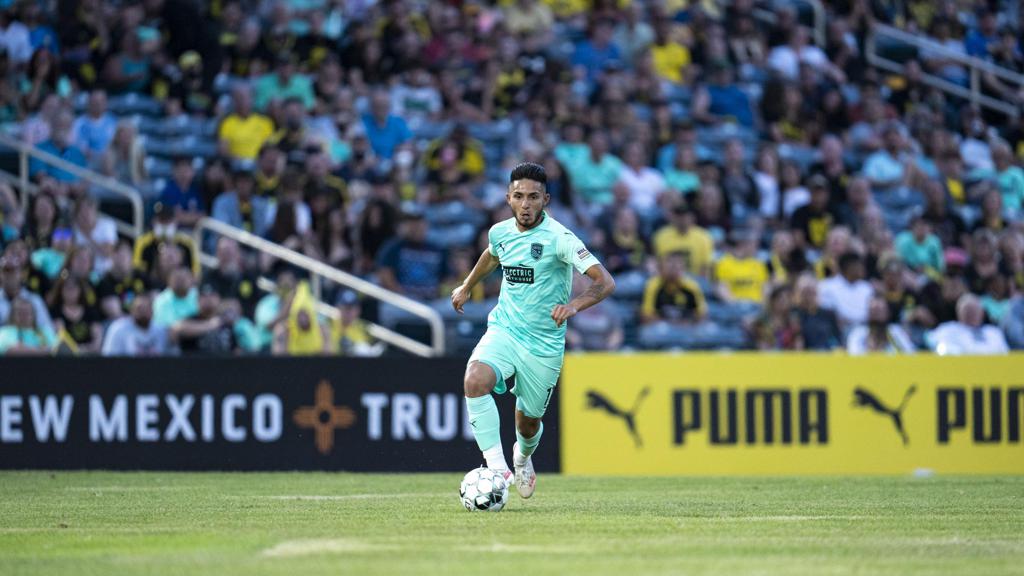 (May 29, 2021)  Albuquerque, NM - For the second straight weekend, New Mexico United saw an early red card - this one to defender Austin Yearwood - and was forced to play much of the match down a man. Unlike last week United was unable to find the goals it needed, falling 1-0  to the Eastern Conference’s Loudoun in United in both club’s first-ever cross-conference match.

Yearwood’s day ended in the 24th minute, as he was ruled to have interfered with a goal-scoring opportunity. The westernmost United found the back of the net twice, but were twice ruled offside. Josh Suggs and Ilija Ilic both had goals ruled out, and 10-man New Mexico had their share of chances, but ultimately, a legally-scored goal eluded them.

That was not the case for Loudoun, who’s Jovanny Bolivar fired home a low cross from about 20 yards out, over Alex Tambakis, for the lone tally of the match.

Yearwood wouldn’t be the only United representative sent off on the night: New Mexico United Head Coach and Technical Director Troy Lesesne also saw red late in the second half, after two cautionable offenses. A series of injuries and stoppages saw 10 minute of second half stoppage time added

Tonight’s attendance was 8,804 - the highest for any New Mexico United match this season.