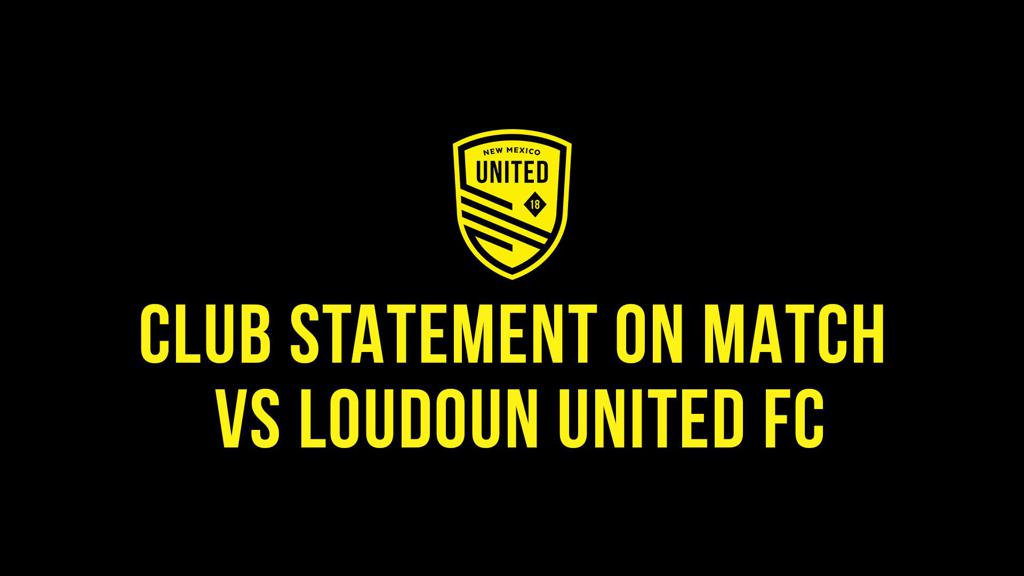 (May 30, 2021)  Albuquerque, NM - New Mexico United has been made aware of allegations of verbal racial abuse directed at Loudoun United players during last night’s match.

We take these allegations incredibly seriously, and will conduct a full investigation, in collaboration with the United Soccer League. Any fan found to have directed any form of racial abuse toward players, coaches, staff, referees or other individuals will receive a lifetime ban from New Mexico United matches, stadiums and activities, without exception.

Frustration over the outcome of a match, performance of a team, player, referee or other individual is no excuse for abuse of any kind. New Mexico United will never tolerate hate in our stands.

In addition, throwing of food, beverages, or other items at referees, players, coaches or other individuals or toward the field of play is not only prohibited, but against who we profess to be as New Mexicans. This behavior will similarly not be tolerated.

While United is planning to appeal the red card awarded to Austin Yearwood in last night’s match, we encourage each member of our United family to look inward and recognize that the men and women involved in matchday are human beings, and their safety, mental well-being and humanity are more important than the result of any match.