Ryden, New Mexico United Vice-Captain, has started every match since his arrival in 2020 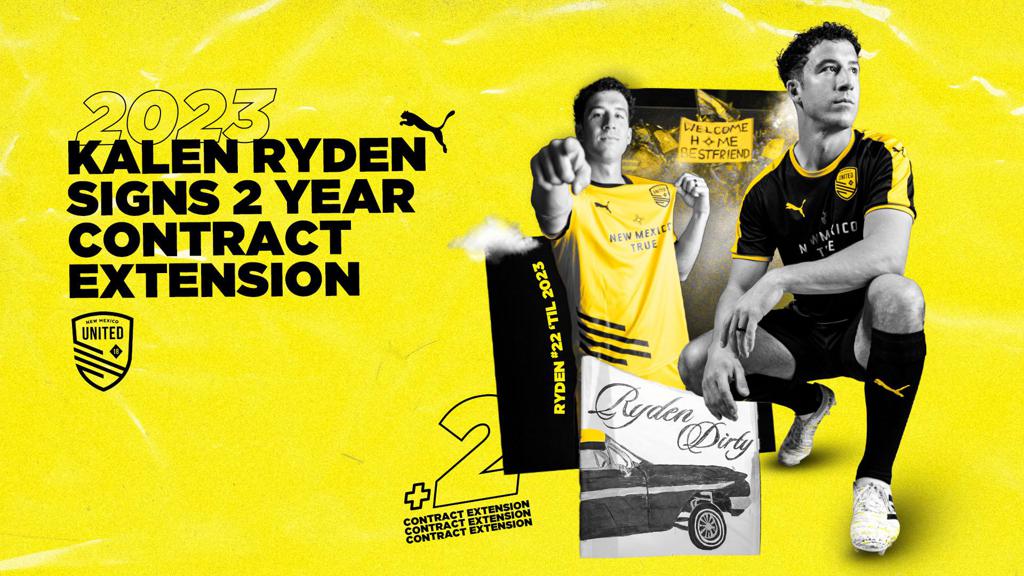 (June 9, 2021)  Albuquerque, NM - New Mexico United is thrilled to announce the multi-year re-signing of defender Kalen Ryden. Ryden, who joined United from Real Monarchs before the 2020 season, has started in every match since his arrival. In that time he has led United in clearances (96), blocks (22), duels won (97), and aerial duels won (65). Ryden, a leader on and off the pitch, will remain in the Black and Yellow of New Mexico United through at least the end of the 2023 season.

“Re-signing here in New Mexico was the easiest decision of my career,” said Ryden. “I have so much respect and love for this organization and community. There is a lot happening behind the scenes that goes into an individual player's career, and this means so much to my family and the people who are with me everyday. My wife and I have felt so welcomed since we joined the club and we both are delighted to continue our journey in Albuquerque. I am extremely grateful to Peter, Troy, and many others for putting their belief in me and I will continue to put our club's ethos at the heart of what I do on and off the field. This entire organization and community is on an upward trajectory and I am so thankful to be a part of that growth in the coming years. And now that I've gotten a taste of our home games, I am thrilled to call the Lab my home. We truly have the best fans in this country. Let's make some memories, New Mexico. Somos Unidos.”

Before the 2021 season, Ryden was chosen by his teammates to represent them as Vice-Captain. He has become an immediate United figurehead in the community, engaging with fans and leading his club.