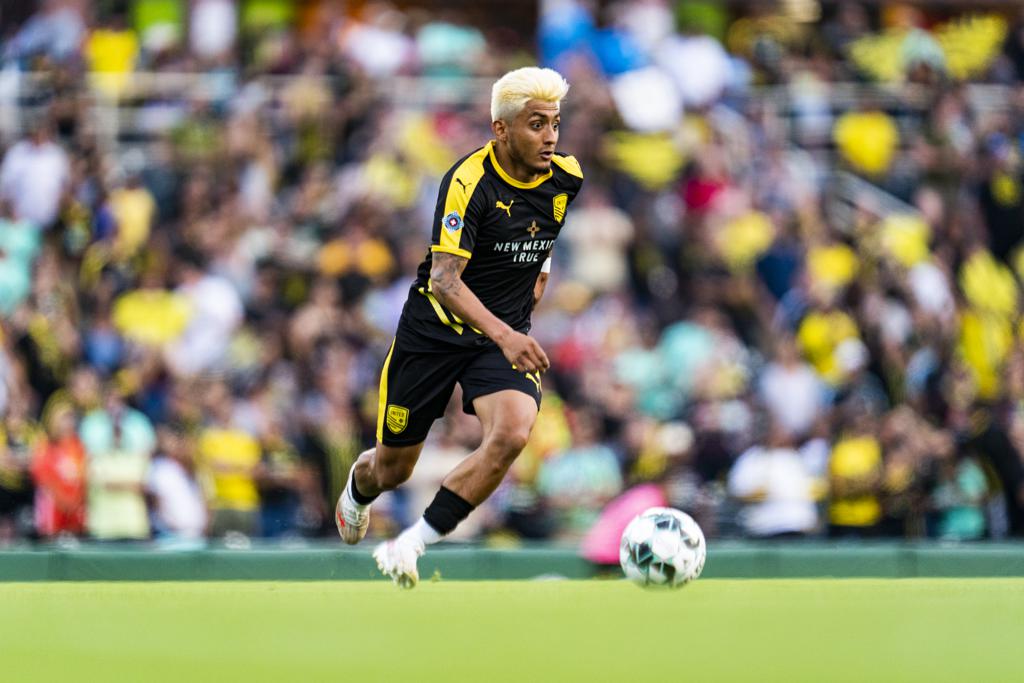 (June 18, 2021)  Albuquerque, NM - New Mexico United is thrilled to announce that forward/midfielder Amando Moreno has been selected to the El Salvador National Team. With this selection, Moreno is now eligible to compete in the upcoming CONCACAF Gold Cup.

The rosters for Gold Cup competition were announced today, with 30 men selected to join the roster by the El Salvadoran Football Federation. Moreno is one of 13 players listed as a midfielder on the roster.

Moreno was born in Perth Amboy, New Jersey and is of El Salvadoran heritage, making him eligible for selection.