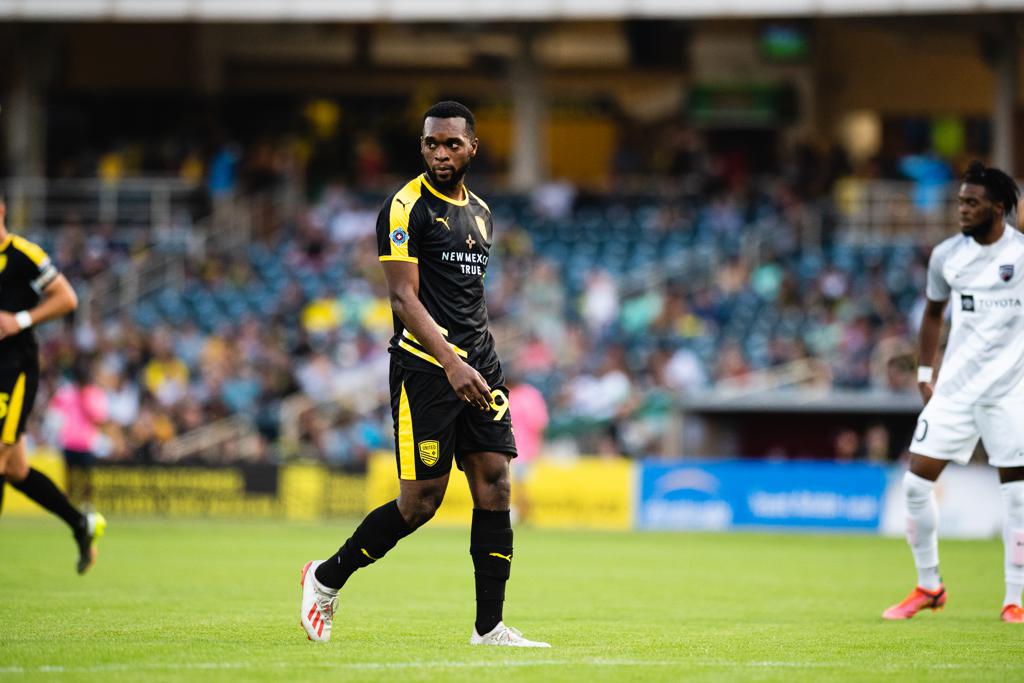 (June 18, 2021)  Albuquerque, NM - New Mexico United is proud to announce that forward Brian Brown has been selected to the Jamaican National Team’s preliminary roster. With this selection, Brown is now eligible to compete in the upcoming CONCACAF Gold Cup.

The rosters for Gold Cup competition were announced today. Brown joins Amando Moreno of El Salvador as United players representing their nations in the tournament.

Brown has represented the Jamaican National Team nine times, scoring his first goal for the “Reggae Boyz” in September of 2019 against Antigua and Barbuda in the CONCACAF Nations League.