Official Club Statement Regarding Racial Abuse at May 29th Match 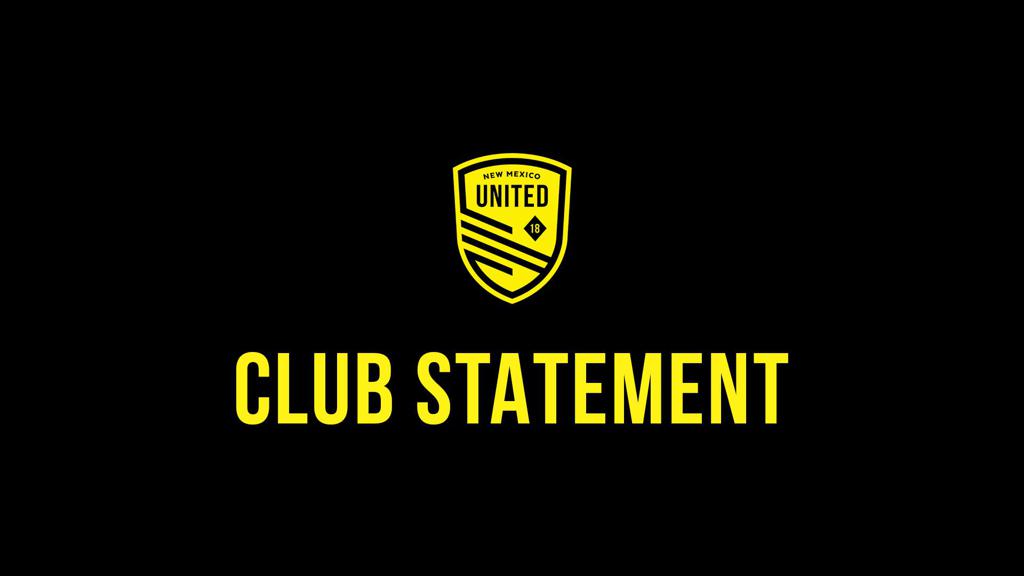 On May 30th, New Mexico United was made aware of allegations of racial abuse by a fan, directed at a Loudoun United player at our May 29th home match. In the time since, United and the USL Championship have reviewed hundreds of photos and video clips and interviewed more than 200 individuals regarding fan conduct and this allegation of abuse. The vast majority of these conversations were short, and ended without an awareness of a specific incident. In one case, an allegation of abuse was lodged. United and USL-C investigated further, speaking to fans in the area, security guards, players, staff and more.

Through our investigation, we are not able to corroborate the accusation made by the Loudoun player. We have spent countless hours working to find any individual that may have been involved in this alleged incident. New Mexico United maintains a zero-tolerance policy for racial slurs or derogatory comments. Any individual or group that is found to conduct such behavior will face penalties up to and including stadium bans and arrest.

In addition, over the course of this investigation, and in collaboration with the United Soccer League, the Albuquerque Isotopes, and the Albuquerque Police Department, New Mexico United have identified one individual who threw a water bottle at a match official as they exited the field of play. This individual has been banned from future New Mexico United matches, future USL matches, and future events at Isotopes Park. In collaboration with the Isotopes, we have altered our referee egress policy to prevent future incidents.

We appreciate everyone’s patience during this investigation.  We are one United family, and that means standing for inclusivity, accountability and equality. We are proud to represent New Mexico and advocate for the values that make us stronger together. Somos Unidos.