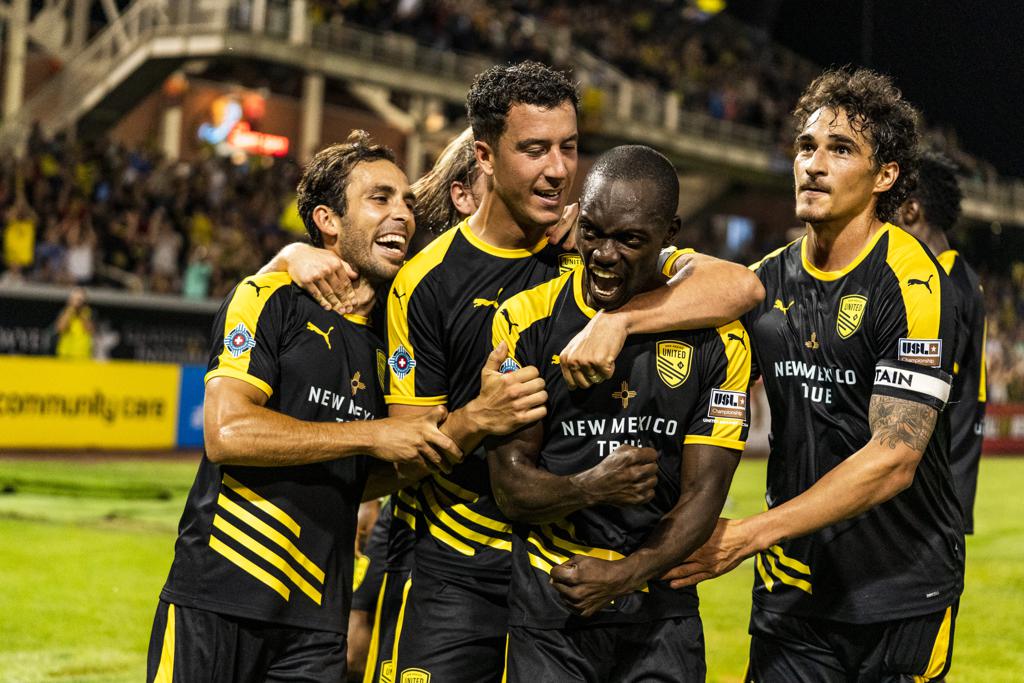 Switchbacks would even the score in the 33rd minute on the right foot of league-leading goal scorer Hadji Barry. Barry’s 12th goal of the season came off of a giveaway in the United box on a play that also saw Sam Hamilton go down with an apparent leg injury. Hamilton was helped off the pitch by trainers and left the stadium in an ambulance.

Colorado Springs were reduced to ten men early in the second half, as Sebastian Anderson saw red for contact with United’s Daniel Bruce. Brendan Burke’s men held United scoreless for another 38 minutes after that red card, even countering dangerously a few times, before being thwarted by United goalkeeper Alex Tambakis.

New Mexico finally broke through on Azira’s first United goal in stoppage time. Chelo Martinez sent a ball across, and Azira slotted it home for a lead that Troy Lesesne’s club would not relinquish. Just two minutes later, it was Ilic’s turn to record his first United tally, as he deftly maneuvered around Sean Melvin after a sublime pass from Martinez.

The match attendance was 9,728 - United’s highest of the season.