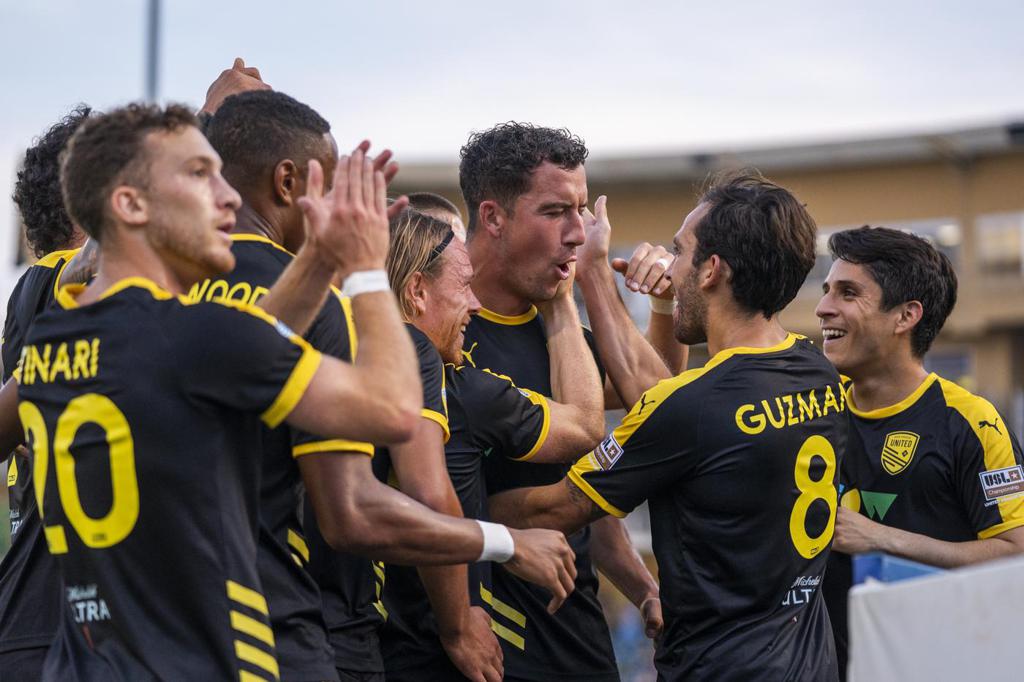 (July 12, 2021)  Albuquerque, NM - The vice-captains led the way for New Mexico United on Monday night as Kalen Ryden and Devon Sandoval scored to give the hosts their second straight victory - this one over Mike Anhaeuser’s Charleston Battery - to give them sole possession of third place in the USL Championship’s Mountain Division.

In the 15th minute, a short corner found its way to Juan Pablo Guzman who sent a soaring cross toward the far post and the head of a streaking Kalen Ryden, who - despite contact - nodded it home for his first career score at Rio Grande Credit Union Field at Isotopes Park. That would not be Ryden’s only contribution on the night as he combined with fellow defenders Austin Yearwood, Rashid Tetteh, and substitute Justin Schmidt to lock down defensively and hold Charleston to just one shot on goal on the evening.

That shot on target did result in a score for the Battery, as Claudio Repetto chested home a cross from close range to level the match at one heading into the second half. But intelligent midfield play from Guzman, Andrew Tinari, Daniel Bruce and Josh Suggs helped United control possession by a 58-42 margin.

The match winner came from Albuquerque’s own Devon Sandoval, who saw a brilliant cross from Sergio Rivas come his way in the 52nd minute. Sandoval forced the ball toward frame, but saw Charleston goalkeeper Joseph Kuzminsky get a touch to it. Not to be outdone, Sandoval immediately pounced on the rebound and tucked it away to secure the final 2-1 margin.