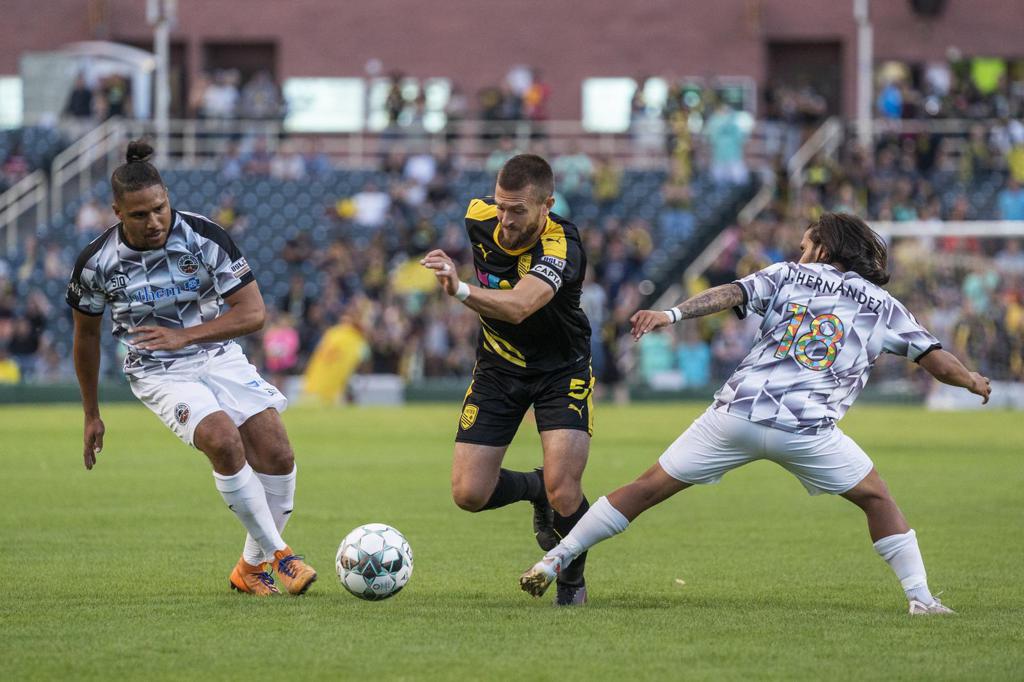 (August 18, 2021)  Albuquerque, NM - New Mexico United and Oakland Roots played to a 1-1 draw in Albuquerque Wednesday night, as United welcomed a familiar face to the club. Chris Wehan - United’s MVP in each of it’s first two seasons - returned to New Mexico following an offseason move to Orange County SC, Wehan’s hometown club. The former Lobo subbed into the match in the second half, and immediately changed the complexion of the match.

New Mexico’s Devon Sandoval got the scoring started early in this one. A United corner kick in the sixth minute went over everyone, but David Najem collected the long pass and whipped in a cross of his own that found Sandoval’s head. The Albuquerque native flicked it home for a one-nil lead that would hold until the 34th minute.

After a United foul near the top of their own box, Oakland’s Wal Fall whipped in a free kick that hit the bottom of the crossbar, and plummeted down just over the goal line, past Alex Tambakis, to tie the match at one.

New Mexico had a flurry of chances in the waning minutes of the second half, but were unable to put shots on frame, as Oakland blocked several opportunities and crowded the passing lanes for United. In total, New Mexico outshot Oakland 16-5, with 6 of those shots on frame, compared to three for Roots.

United’s next match is in five days, as they travel to Texas to take on Austin Bold FC on Monday night.