17-year old Nava makes history as first native New Mexican to complete the path to pro through the United Academy, is signed through 2023. 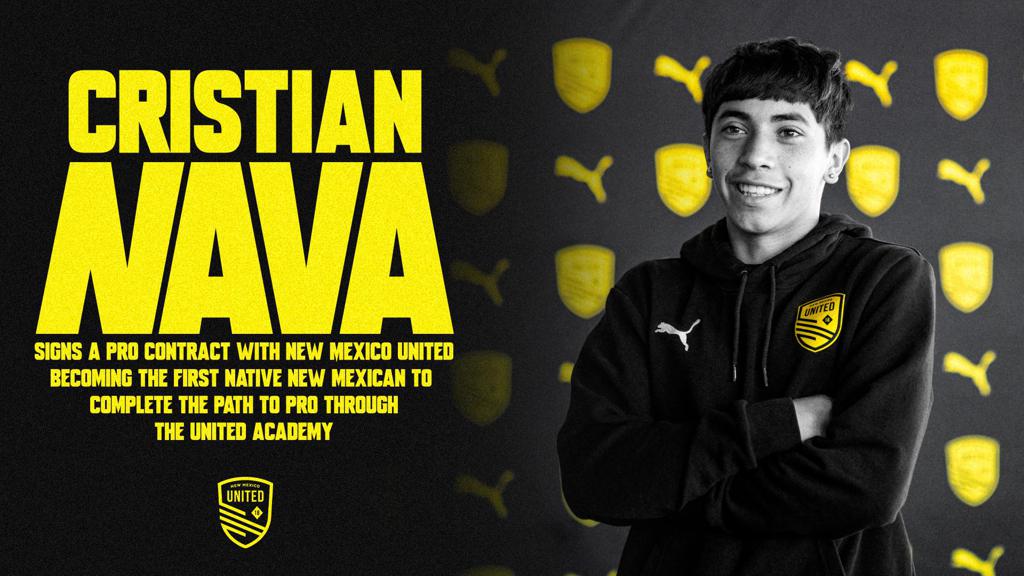 (August 21, 2021)  Albuquerque, NM - New Mexico United is thrilled to announce the signing of native New Mexican Cristian Nava to his first professional contract. The 17-year old forward is the first player in New Mexico United Academy history to complete the path to pro. Nava joined the United Academy in January, and became the third player to sign an academy contract - allowing him to play matches with the first team and academy - in June. Nava made his first team debut on July 10th, subbing on in the second half of a 3-1 win over Colorado Springs.

“To see what Cristian has put into the first team training sessions, and then watching him go and play with the academy and be the best player on the field against any opponent he played against was a great indicator for us to say ‘This kid has a chance, right now at a young age, to sign a professional contract,’” said New Mexico United Head Coach and Technical Director Troy Lesesne. “Cristian has earned this incredible honor, and we are so proud to reward his hard work.”

Nava attends Albuquerque High School, where he led the Bulldogs to a state championship. Nava is signed for United through the end of the 2023 season. He will be available for selection in Monday’s match at Austin Bold FC.

Like every New Mexico United Academy player, Cristian was completely scholarshipped - meaning he did not have to pay for travel, training, equipment or any other costs associated with playing. These scholarships are made possible through the Somos Unidos Foundation and the generous donations of partners and individuals.