Deals will see players return to parent clubs next season 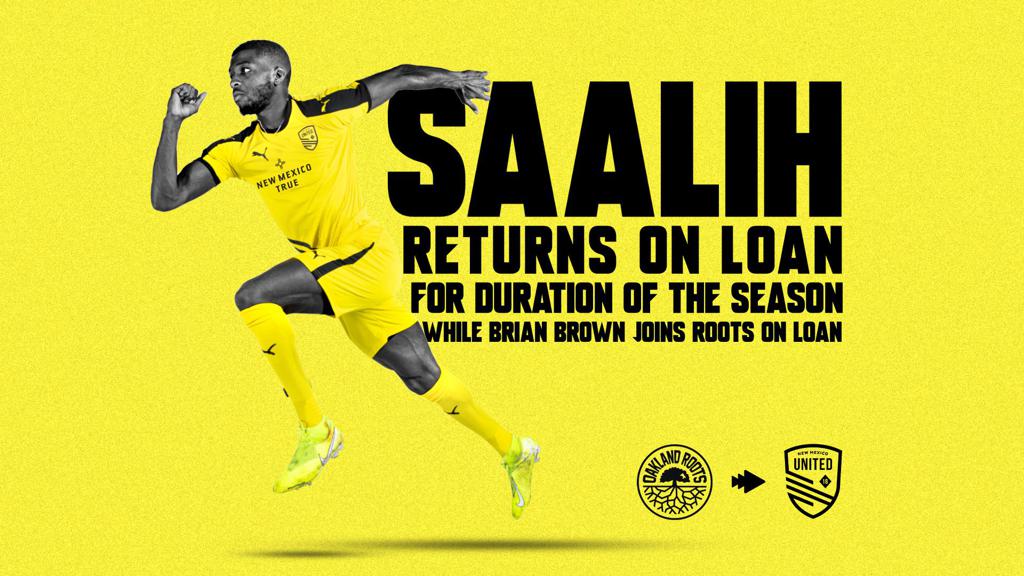 (August 27, 2021)  Albuquerque, NM - New Mexico United and Oakland Roots announced on Friday a pair of loan agreements that will see Midfielder Saalih Muhammad join United for the remainder of the 2021 USL Championship season, and a corresponding move that sees forward Brian Brown join Oakland Roots SC for remainder of the campaign.

“We are thrilled to welcome Saalih back to New Mexico and into our team,” said New Mexico United Head Coach and Technical Director Troy Lesesne. “His love for New Mexico and United, as well as his incredible talent and work ethic will be crucial to our playoff run. We are also so grateful for the effort that Brian Brown put into this season. We wish him the best of luck for the rest of this season in Oakland.”

Muhammad was a key member of the inaugural New Mexico United roster in the 2019 and 2020 seasons. His hard work and talent in the defensive midfield and back line were crucial to United’s early success. Brown joined United in the offseason prior to the 2021 season, scoring two goals for United.

Muhammad and Brown each have an additional year on their respective contracts. After the 2021 USL Championship season, each player would return to their parent clubs for the remainder of their contracts.