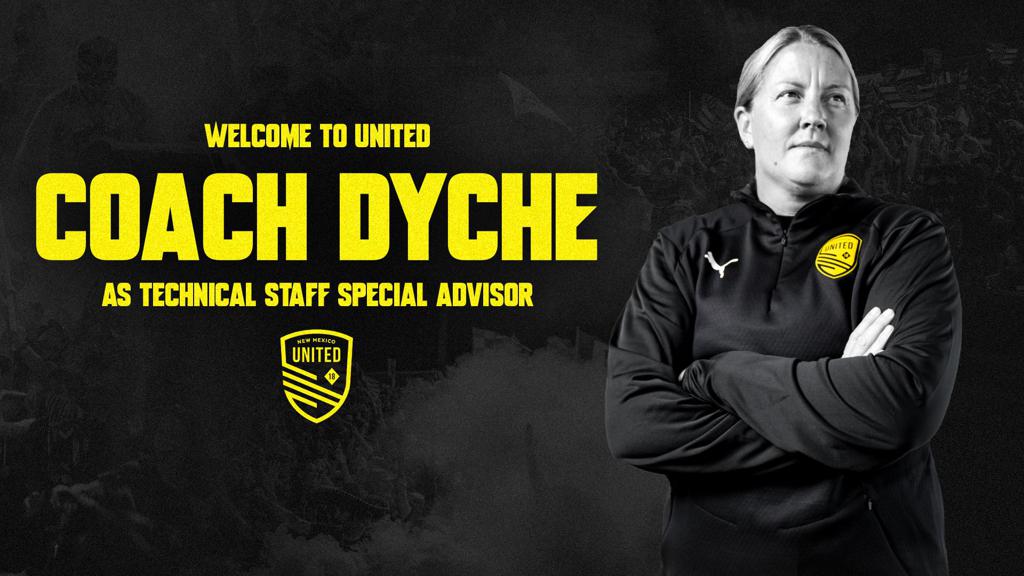 (August 31, 2021)  Albuquerque, NM - New Mexico United is thrilled to announce the signing of University of New Mexico Women’s Soccer Head Coach Heather Dyche in the role of Technical Staff Special Advisor. Dyche, currently in her seventh season at UNM, has led the Lobos to incredible heights, including a 10-1-1 record and NCAA Tournament run in 2020. Dyche is also the president of United Soccer Coaches, a national organization aimed at advocating for unity, diversity, and the growth of the game at all levels in the United States. Dyche is just the second woman to join a USL Championship technical staff in league history. While serving in this role, her primary focus will remain on her crucial role at the University of New Mexico.

“This opportunity, and the way that New Mexico United has created it - that I can contribute, but not take anything away from my current role - is huge,” said Dyche. “That’s something that I think United does very well. They recognize that people come first, and I’m excited to be part of that, and hopefully influence that in some positive way with my experience… To me, that’s something that’s really important; that we invest in the right people. I think United’s ability to do that in a diverse way is something that makes them unique - recognizing that doors aren’t always open, and for them to open those doors is something I’m happy to be a part of.”

“Every time I’ve stepped away from a conversation with Heather, I felt like I’ve come away with a different perspective on myself as a leader, how I wanted to coach, or how I wanted to communicate and establish relationships with our players,” said New Mexico United Head Coach and Technical Director Troy Lesesne. “The reason for this hire isn’t to make a splash. The reason is we’re getting an extremely talented coach - someone that is one of the best coaches in New Mexico, and one of the best coaches in our country. Heather is somebody that is going to open up more doors for women to be involved in the men’s game.

Dyche’s role as Technical Staff Special Advisor will include working with the technical staff to find creative new ways to impact community, evaluating the implementation of team culture and system of play within the New Mexico United Academy, working to find successful routes for Academy players, and looking to expand the footprint, programming and impact of the New Mexico United Academy.