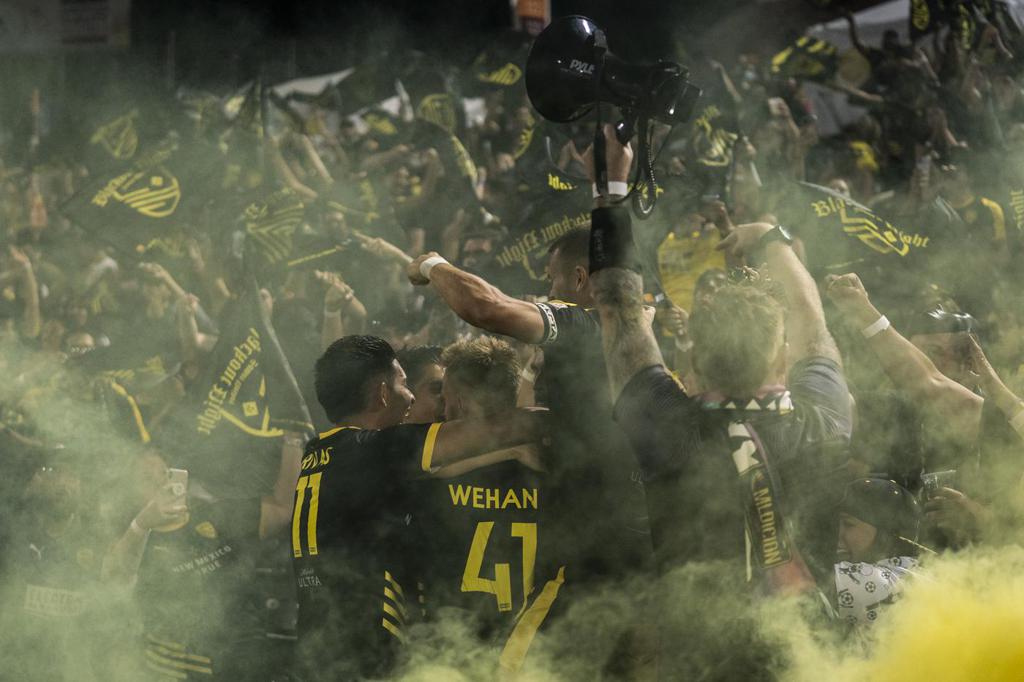 Wehan got the scoring started early for United, as Suggs found space near the end line on the right side of the box and fired a cross in the third minute. Wehan volleyed the cross into the left side of the net for the first tally of the match, and his second since rejoining United. Twenty minutes later, Colorado Springs got on the board through an own goal off the head of Rashid Tetteh.

Just three minutes before the halftime whistle, Suggs re-earned the lead for the Black and Yellow. Sergio Rivas - another Albuquerque native - made an excellent run from mid-pitch, around two defenders, before slotting a perfectly-weighted pass to Suggs, who timed his run behind the Switchbacks back line perfectly. The captain did the rest; curling a left-footed strike around goalkeeper Abraham Rodriguez to give United the halftime advantage.

It wouldn’t take long in the second half for United to double the advantage. In the 47th minute, Devon Sandoval was taken down in the Switchbacks box for United’s first penalty in more than a calendar year. Sandoval took his time at the spot and blasted the attempt past Rodriguez for his fourth goal of the year - tying the team lead.

United’s next match is in Austin versus Austin Bold FC on Friday, September 10th at 7:00 PM MT. Tonight’s attendance was 7,077.