Keinan will represent New Mexico United in scouting and contract negotiation with players across the globe. 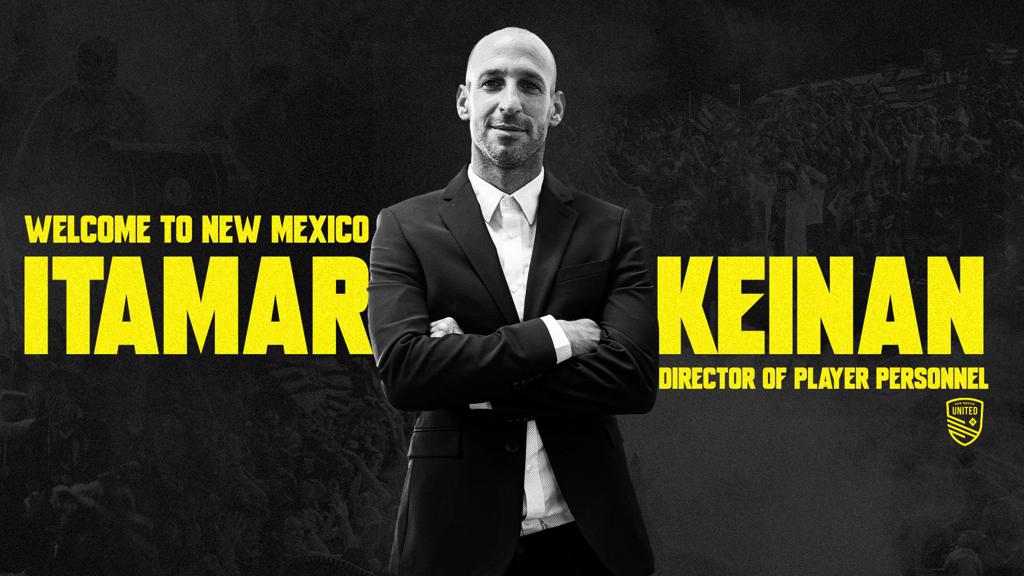 (September 22, 2021)  Albuquerque, NM - New Mexico United is thrilled to announce the addition of Itamar Keinan to the technical staff and front office as Director of Player Personnel - the first individual to serve in this role in club history. Keinan will lead scouting efforts for New Mexico United in the United States and internationally and will represent New Mexico United - alongside Head Coach and Technical Director Troy Lesesne - in contract negotiations with players.

Keinan grew up in Israel and has been around the game of soccer as a player, coach and agent for more than 20 years. He played college soccer at West Texas A&M University, and later served as a lead trainer before starting Total Football Soccer Agency. As owner and founder, he has represented dozens of players in leagues in the United States and around the world.

“Bringing on someone like Itamar is not something you’re going to see often - or at all so far - in the USL Championship, but it is really a statement of where we aspire to be,” said New Mexico United CEO/President Peter Trevisani. “Soccer is a global sport, and it is played all over the world … right now we’re really missing that international piece. We need to make the world a little bit smaller, and Itamar has the ability to do that for us.”

“I think we have to look beyond just the norm of the players we know,” said New Mexico United Head Coach/Technical Director Troy Lesesne. “I want to make sure that we have the right person to facilitate those transactions, and Itamar is the absolute perfect person to do that.”