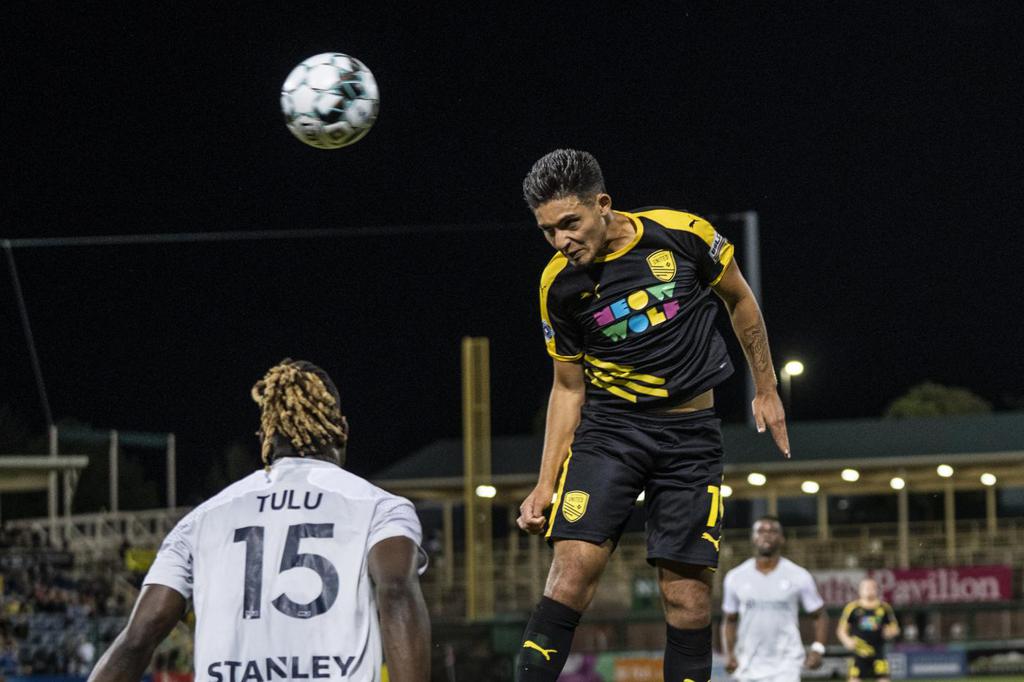 (October 6, 2021)  Albuquerque, NM - New Mexico United earned a hard-fought point behind goals from Albuquerque natives Sergio Rivas and Devon Sandoval to a draw with Eastern Conference opponent Hartford Athletic at Rio Grande Credit Union Field at Isotopes Park on Wednesday night. The match was United’s second of three in six days, and second straight against a club from the East.

United dominated possession, controlling the ball for 63% of the match, and topping Hartford in shots on goal by a 4-2 margin. It was Rivas who got on the board first in this one, heading home a cross that was initially palmed into the air by Hartford goalkeeper Matthew Lampson. But Lampson’s clearance wasn’t good enough as it came back to earth, just past the goal line to give United a one-nil lead in the 26th minute.

Just before the half, Athletic evened the score, as Austin Yearwood was called for a handball in the box, and Danny Barrera converted the resulting penalty just past the outstretched arm of Alex Tambakis. The visitors would take the lead shortly after halftime, as Juan Carlos Obregon Jr. headed home a cross from Barrera in the 48th.

But United clawed their way back into the match, as Devon Sandoval headed home an equalizer after Yearwood sent a beautiful diagonal ball toward the back post. Sandoval and Rivas’s goals put them into a four-way tie for the team scoring lead with Amando Moreno and Chris Wehan.