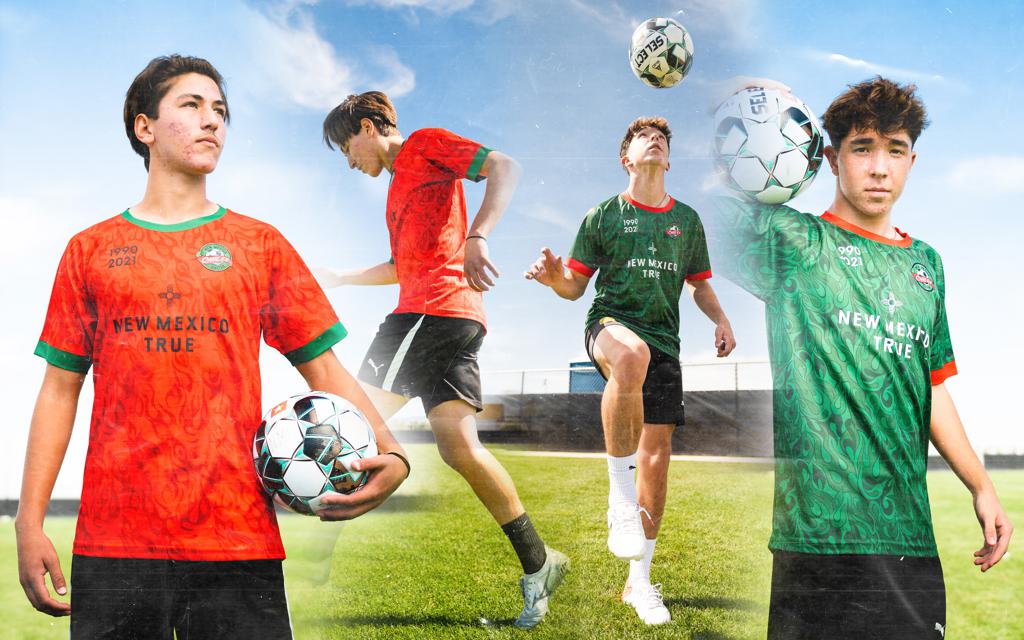 “We are so honored to have the opportunity to honor a crucial piece of our soccer history,” said New Mexico United Owner/President Peter Trevisani. “These incredible jerseys, created in homage to the original Chiles and to honor a previous generation of New Mexican soccer, will now help fund the next generation.”

The New Mexico Chiles played in the American Professional Soccer League in 1990, before merging with the New Mexico Roadrunners in 1991. New Mexico United plans to honor chiles players in-person early next season.

The jerseys, which feature an updated Chiles/United crest and kit sponsor New Mexico True, will be available in both red and green, and go on sale in-store and online on Friday.