Wonder strike from ChrWehan leads United, as they split the points with Mountain Division foe 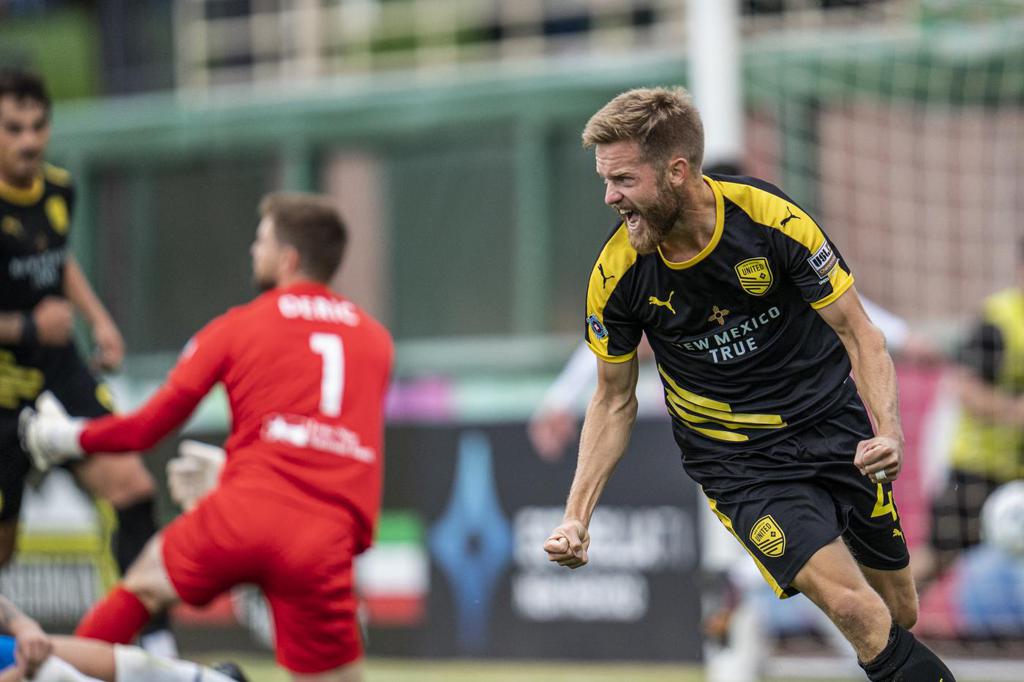 (October 6, 2021)  Albuquerque, NM - One mental mistake and one moment of brilliance defined the evening for New Mexico United, as they split the points with Rio Grande Valley FC on Saturday night, on an evening in which both teams needed three to pick up ground on Austin Bold. The draw moves United into the playoff positions, taking over fourth place in the Mountain Division - albeit having played two more matches than Austin.

RGVFC were on the board first in this one, as an error in United’s own defensive third proved costly. Mike Azira held possession facing his own goal and attempted to play a pass back to Kalen Ryden. The pass didn’t quite have enough pace and led to confusion on the backline, which Kyle Edwards took advantage of, seizing on the loose ball and slotting a simple ball to Elvis Amoh who put it away for the game’s opening score in the fifth minute.

Amoh would leave the match just a few minutes later after a non-contact injury.

United equalized through sublime control, passing and finishing about twenty minutes later. Azira served a long pass in the center of the pitch toward Sergio Rivas. Rivas’s first touch and subsequent turn to avoid the defender were phenomenal, and his pass to a streaking Chris Wehan was just as good. Wehan’s finish was nearly unstoppable as he roofed the ball past Tyler Deric to erase the deficit.

Before the match, 50 brand new American citizens - including New Mexico United’s own Micheal Azira - were naturalized in an on-field ceremony.