United Academy set to fight for 1st in the Southwest Division

The trip this weekend will provide an opportunity to put our academy group in sole possession of first place in the Southwest Division. 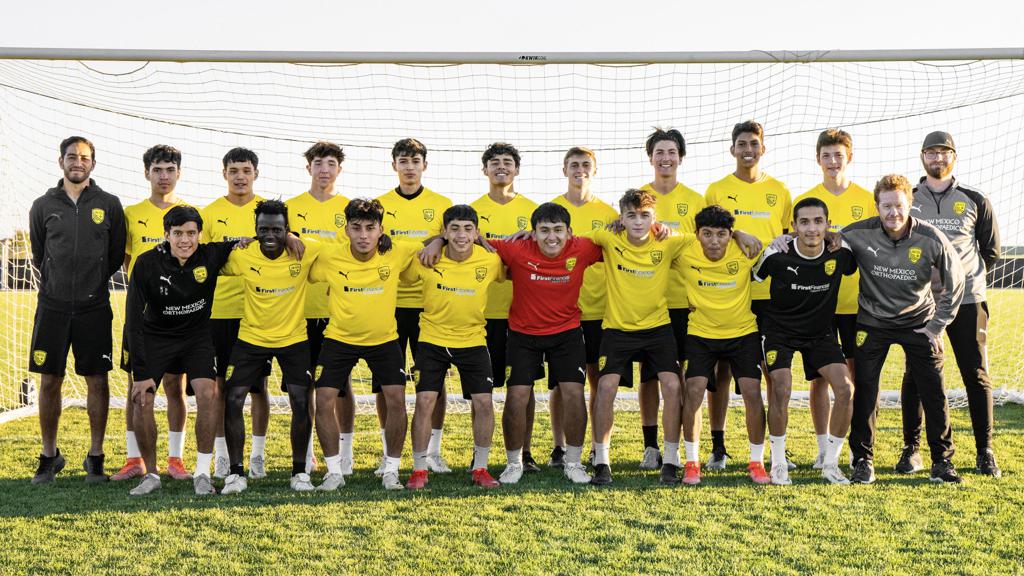 As our Academy heads to San Diego this weekend, Coach David Estrada reflects on the 2021 season, these are his words:

“We began training with the core of this group in February. There was a lot of uncertainty since many of these players had not played a competitive match in over a year. The majority of these players were scouted by Lucien Starzynski, Zach Prince, and Troy Lesesne. The first couple of months were heavily focused on a learning orientation of our team Identity, Culture, and Ethos (Hard-Work, Humility, and Diligence). Paul Leese helped instill a confident and composed possession-based team.

We had a group of older players that helped set the standard of our environment. Many of those have graduated from our program and gone on to play at various college programs. Many of those players also earned opportunities to train with our first team which always gives insight into what is expected at the highest level. The environment that is provided here is intended to prepare our players to play at the next level whether it be professional or college. We also cultivate a supportive and encouraging environment that provides our players with a sense of "comunidad."

We are in the middle of a group of players that are younger but they too have started to elevate that standard. We have had many learning lessons which included playing top academy programs like the Houston Dynamo, Real Salt Lake, Barcelona Academy, LouCity FC, Indy 11, and various Division two colleges. We have never been the biggest, fastest, strongest team but we have always shown the most heart and fight.

The trip this weekend will provide an opportunity to put our academy group in sole possession of first place in the Southwest Division. We have never discussed losses or wins with our group but have always stressed the importance of establishing our brand of football and always living up to our club Ethos on and off the field. That is WHY we are proud of the point that we are in today. We want to acknowledge and celebrate what these young men are accomplishing this year in representing our club and state. They are setting a new standard for players that will follow in their footsteps.”

The Academy take on San Diego Loyal Academy on Friday, Oct. 15 at 5:15pm MT and play Orange County Academy Sunday, Oct. 17 at noon MT. Tune in to @NewMexicoUTD Twitter as we live tweet the action!

Learn more about our Academy Program at somosunidosfoundation.org.