In a match that saw 15 yellow cards and one red card, United emerge victorious, can clinch playoff spot on Saturday @ RGV 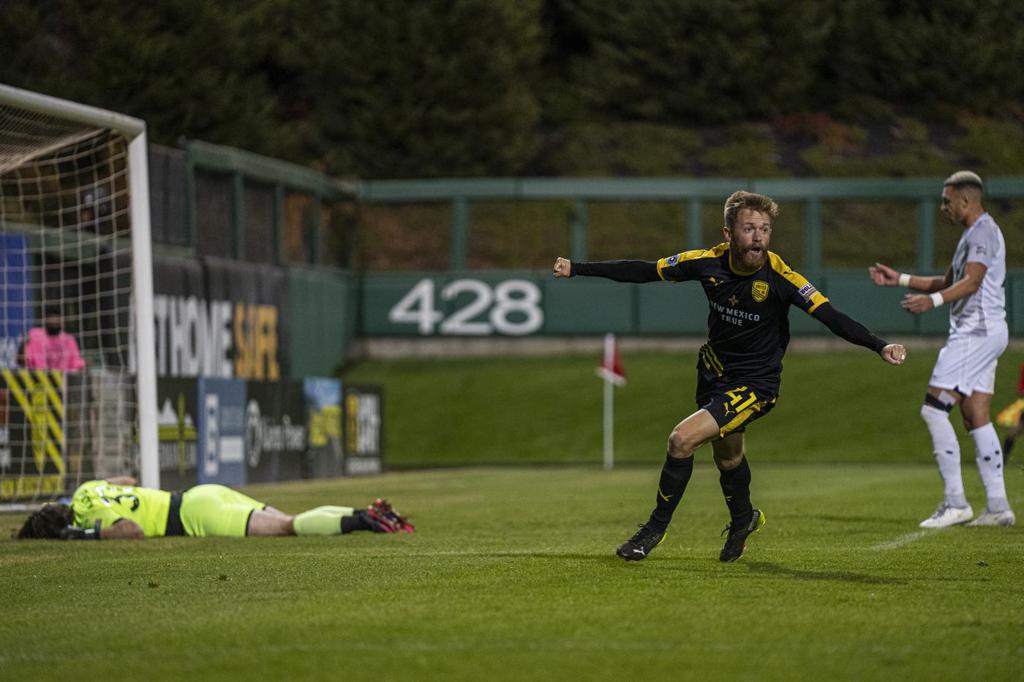 (October 20, 2021)  Albuquerque, NM - In a match marred by more than a dozen cautions and one sending off, New Mexico United emerged victorious over 10-men San Antonio by a 4-2 final margin. Goals from United’s Ilija Ilic, Andrew Tinari and Chris Wehan bookended a pair of scores from San Antonio’s Nathan Fogaca and Joaquin Varela to send the fans home happy, and leaving United just one win away from clinching a playoff spot in the USL Championship Mountain Division.

Wehan was involved in all four of United’s goals - scoring off a free kick in the 66th minute, and from open play in the 88th - and providing the initial shots that resulted in goals from rebounds for Ilija Ilic (12’) and Andrew Tinari (78’.)

The first yellow card of the match came in the 9th minute, and the fifteenth after the final whistle had blown. In addition, San Antonio’s Ollie Wright saw his second yellow of the match just before the hour mark, leaving San Antonio with 10 men for the remaining 30+ minutes.

The victory leaves United in sole possession of the fourth and final playoff spot in the Mountain Division. Up next for United is a weekend matchup in South Texas, as they will play their final road match of the regular season against a club chasing them for that playoff position  in RGV Toros FC. United have gone unbeaten in their last four matches and sit in 4th on 43 points, while RGV currently reside in 6th with 38 points.