United Academy will join just seven other teams from across the nation in 2021 postseason tournament in Tampa. 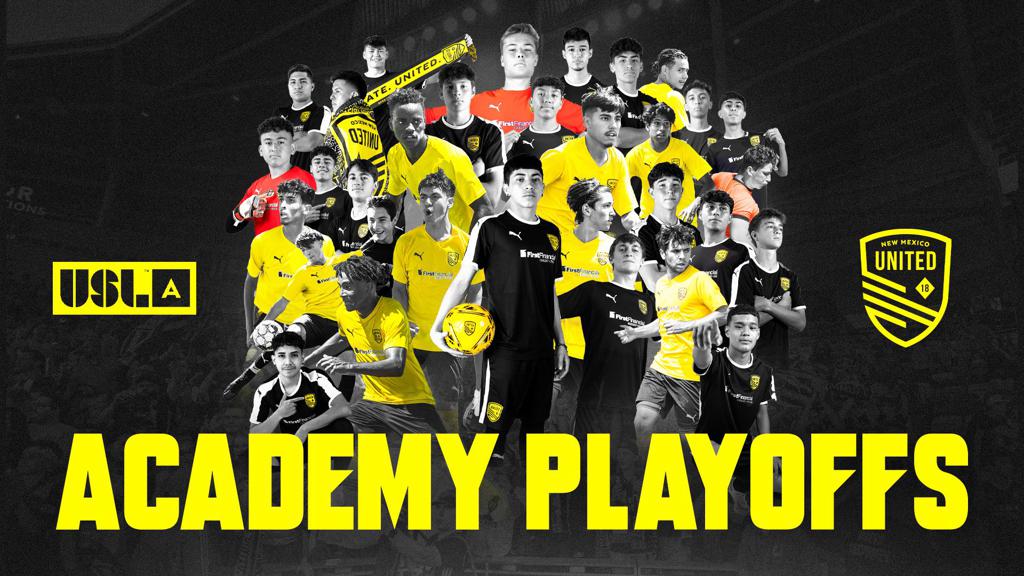 (November 4, 2021)  Albuquerque, NM - In just their first season of existence, the New Mexico United Academy is heading to Tampa as one of just eight teams to qualify for the postseason tournament. United will represent the Southwest Division of the USL Academy in the playoff tournament, which will take place December 2-5.

The winning teams from Group A and Group B will square off in the USL Academy League Final on Sunday, December 5 at 6:30 p.m. ET at Al Lang Stadium in Saint Petersburg, home of USL Championship’s Tampa Bay Rowdies. Streaming information will be shared at a later date.

The six teams that do not advance to the Final will play a fourth match on Dec. 5, with the seventh place and fifth place games taking place at 11:00 a.m. ET at the Waters Sports Complex, while the third-place game will kick off at 3:30pm ET at Al Lang Stadium as a prelude to the USL Academy Final.

For a breakdown of the full schedule and results, please visit www.usl-academy.com/playoffs.