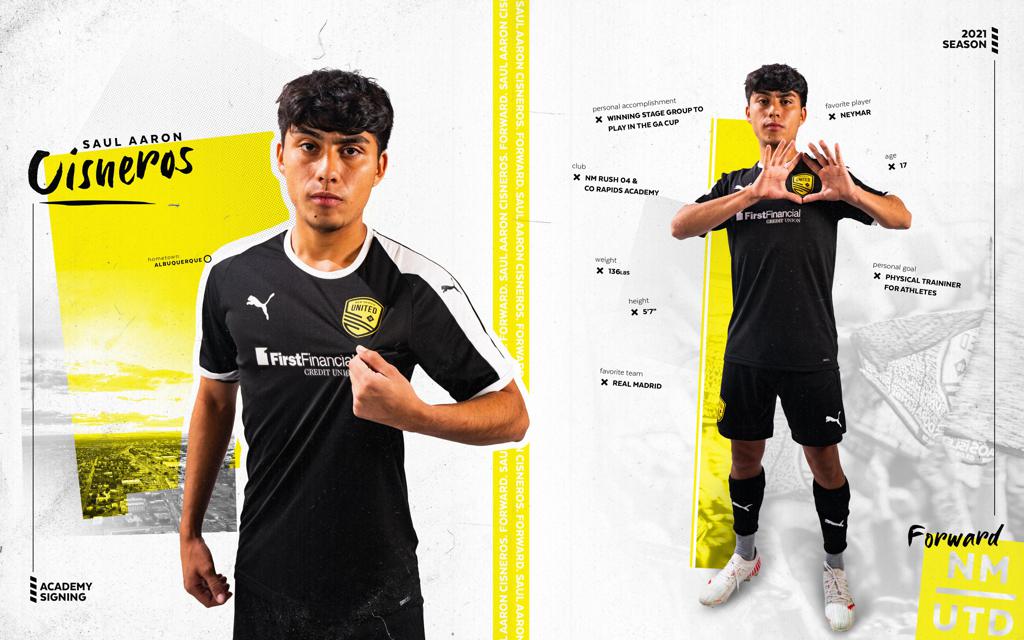 Albuquerque, NM - New Mexico United and the Somos Unidos Foundation are thrilled to announce the signing of Saul Aaron Cisneros, forward from Albuquerque, to its Academy roster. Andrade has played club soccer with NM Rush and and the Colorado Rapids Academy.

Cisneros’ favorite soccer team is Real Madrid, and his favorite player is Neymar. Cisneros, like every player in New Mexico United’s Academy, will be fully scholarshipped into the program. These scholarships include registration, travel, equipment, and coaching costs. No player will have to pay a cent to compete in New Mexico United’s academy. These scholarships are made possible through the Somos Unidos Foundation and the generosity of community partners and individuals.

If you are interested in sponsoring Cisneros or any of our Academy players/programs, please visit: https://forms.gle/obwQX9a6ZYrGGtQz5