Schmidt, who has served as a defensive stalwart for United since 2019, will now serve his country in uniform. 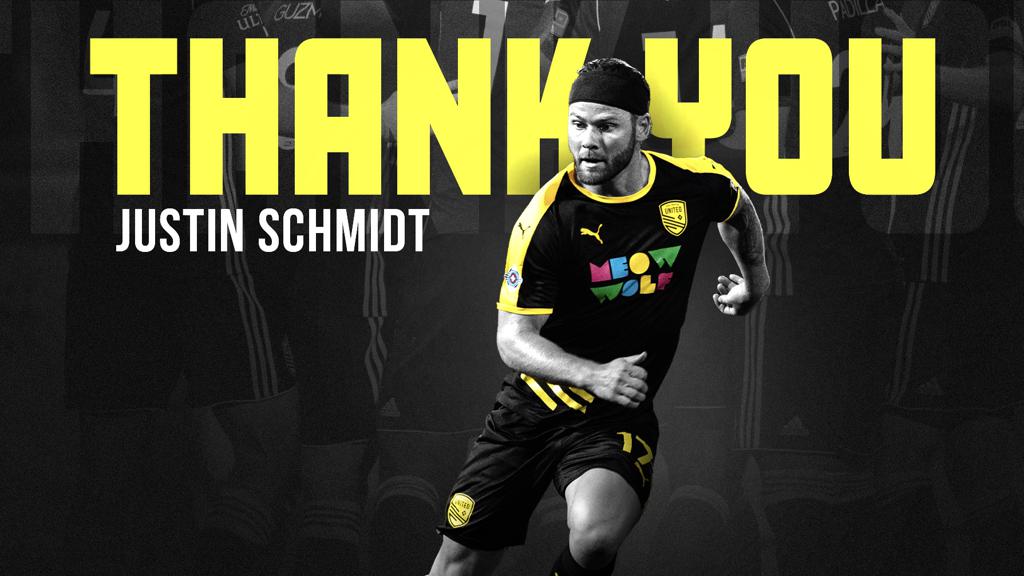 Albuquerque, NM - New Mexico United defender, and Albuquerque native, Justin Schmidt is transitioning from a career as a professional soccer player to a career in the United States Armed Forces. Schmidt is joining the United States Army, with his service set to begin immediately. Since United’s first match, Schmidt has been a huge defensive presence, playing in 60 matches in the Black & Yellow and scoring twice.

“For as long as I can remember, I have always tried to follow God’s calling for me. And for the last few years, that has been to help build, and more importantly, be a part of everything that is now New Mexico United,” said Schmidt. “But now, I strongly feel that God is calling me in a different direction… I could not be more excited to say that I have joined the United States Army.”

Schmidt’s career in Black & Yellow included two goals - both in 2019 - against Fresno and Phoenix Rising. Prior to joining United, Schmidt also played for Sacramento Republic FC in 2018, and Real Salt Lake/Real Monarchs prior to that.

United thanks Justin for three incredible seasons and the incredible influence he has had in New Mexico, and more importantly thanks him for his selflessness and bravery in joining the United States Army.