Portillo, who won 2019 title with Real Monarchs, is first new signing ahead of 2022 season. 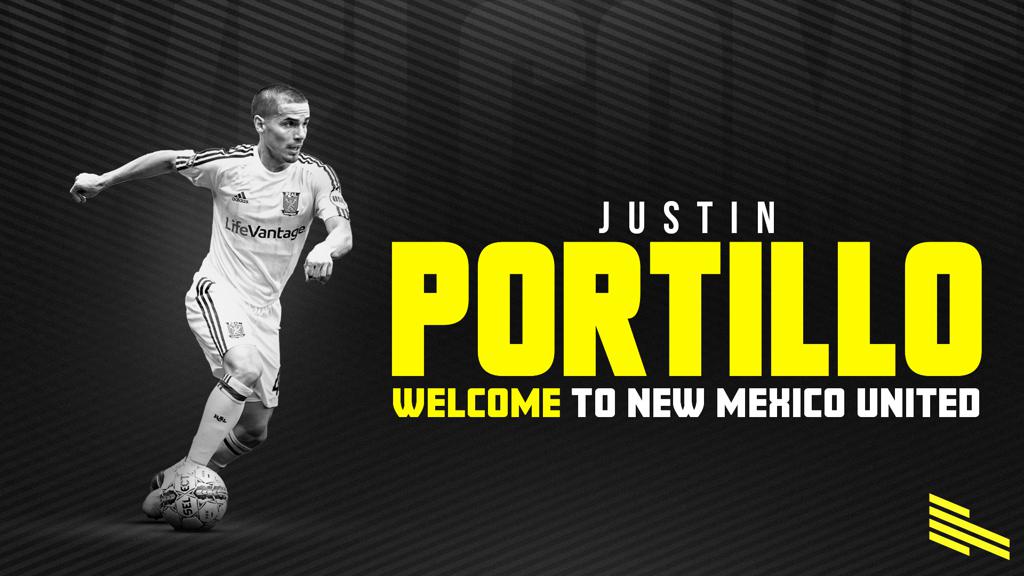 Albuquerque, NM - New Mexico United is thrilled to announce the signing of USL title-winner and regular season champion and MLS veteran Justin Portillo to their active roster ahead of the 2022 season. The midfielder joins the Black & Yellow following seven total seasons with the Charleston Battery, Real Monarchs and Real Salt Lake.

“Justin is a player who has the unique ability to control the rhythm and tempo of a game in possession,” said New Mexico United Head Coach and Technical Director Zach Prince. “Combining this with his proven winning mentality, we are excited to add Justin to our midfield group.”

Portillo brings a wealth of talent and experience to the United roster, as well as some gaudy numbers. In 7 seasons as pro defensive midfielder, Portillo has:

In addition, Portillo helped lead Real Monarchs to the 2019 USL Championship title alongside teammate Kalen Ryden, and was an integral piece of the 2017 Real Monarchs club that claimed the league’s best regular season record.