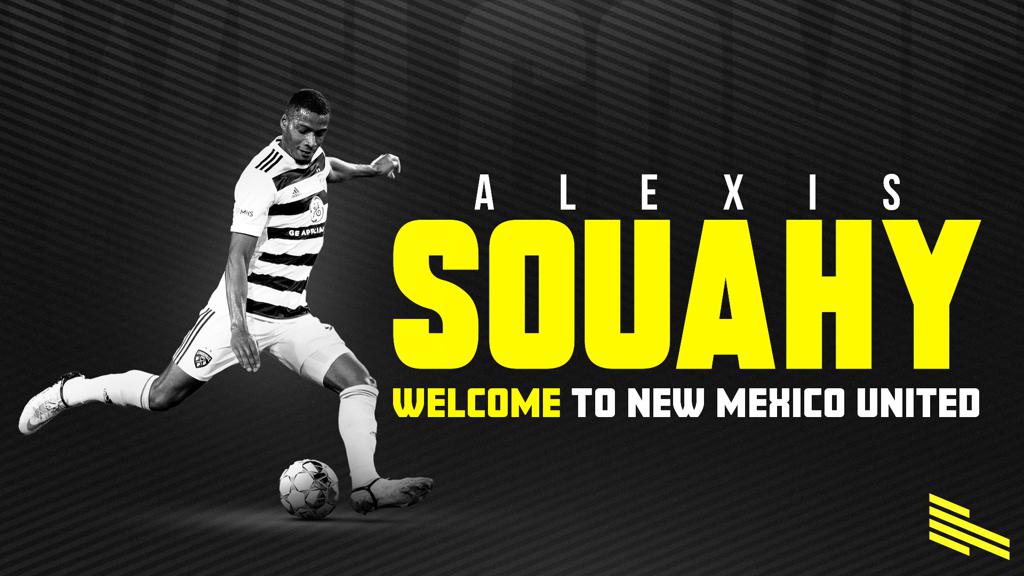 Albuquerque, NM - New Mexico United is thrilled to announce the signing of Comoros international Alexis Souahy to their active roster ahead of the 2022 season. Souahy, a center back born in Montreuil, France, played the last four seasons with Louisville City FC, appearing in 95 matches and starting 75. Souahy has scored five professional goals and assisted five more, and won the USL Championship title with Lou City in 2018.

“Alexis brings a vast amount of experience while still in his prime,” said New Mexico United Head Coach/Technical Director Zach Prince. “He’s very intelligent in possession and brings a physical presence to the game that makes him a great addition to our defensive group.”

In his professional career, Souahy has recorded 51 blocks, 102 interceptions, 237 clearances, and has a career pass success rate of 84.3%. Prior to his professional career, Souahy attended Bowling Green State University, where he earned all-conference honors. He also played for USL League Two’s Michigan Bucks in 2016 and 2017, scoring a pair of goals en route to the title in his first year. As a child in France, Souahy was a member of the academy program at Le Havre AC - the oldest football club in the country.