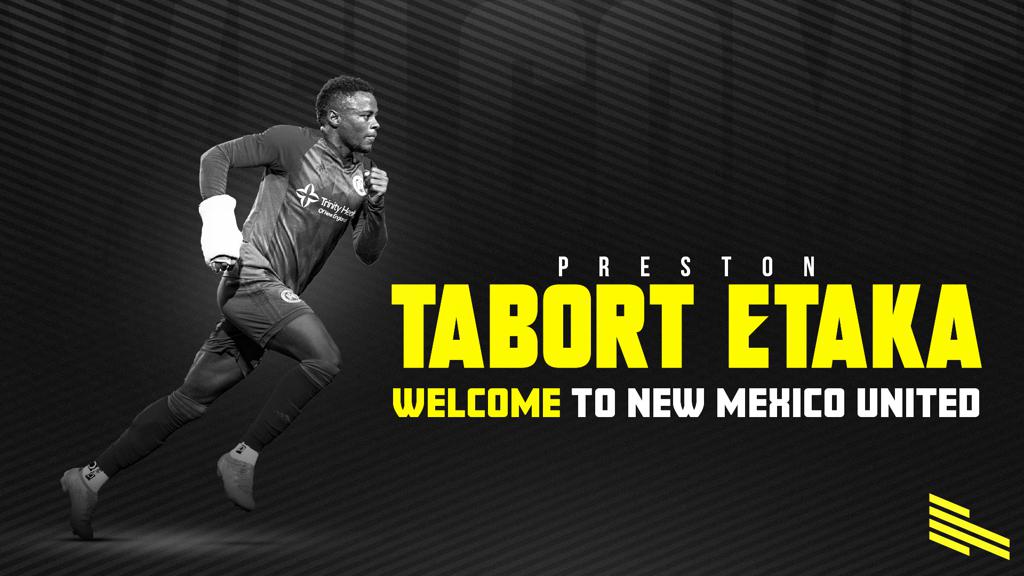 Albuquerque, NM - New Mexico United is excited to announce the signing of forward Tabort Etaka Preston ahead of the 2022 USL Championship season. Preston joins United for the fifth season of a career that has included stops in the Albanian Kategoria Superiore (First Division), as well as in the USL Championship (Las Vegas Lights, Hartford Athletic.) Preston has scored 12 goals at the pro level, including five last season in Hartford.

“Preston has an eagerness to be a constant threat on the attacking side of the ball,” said New Mexico United Head Coach/Technical Director Zach Prince. “His ability to change pace and run at defenders adds another dimension to our attack.”

In his professional career, Preston has started 67 matches, scoring 12 goals, and assisting an additional nine. He represented his native Cameroon at the U-20 level, making three appearances at the U-20 2017 African Cup of Nations.